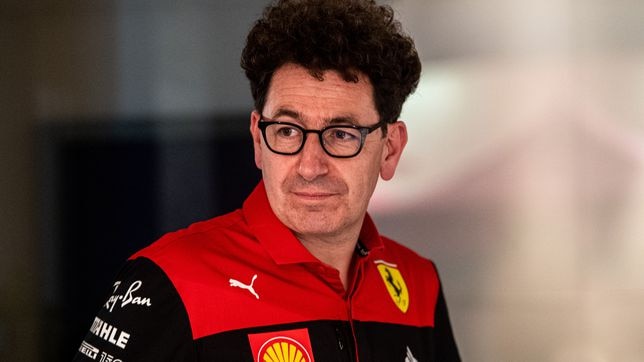 Chronicle of a goodbye announced, denied and irremediably confirmed, but not for that reason well resolved: Mattia Binotto is no longer the ‘main team’ of Scuderia Ferrari and there is still no substitute. The announcement came this Tuesday morning after the information intensified in recent days. But they were not rumors, already in Abu Dhabi the farewell was chewed judging by the faces in the hospitality and the conversations in the garage. Officially, Binotto has submitted his resignation with effect from December 31 and “the process begins to identify a new main team, which will be concluded in the new year. Unofficially, the lack of confidence of John Elkann, president of Ferrari, who ‘started’ this process weeks ago and has tested the market, and of whom there are no words in the official message.

The Swiss engineer of Italian origin, with almost three decades in the team and after having gone through all its levels, he leaves the position of maximum manager that he had held in the last four courses. He is also the great supporter of Sainz, who signed him for the team in 2020. He leaves with seven wins, a controversial engine in 2019, two years of crossing the desert and an uplifting recovery in 2022 not finished off due to strategy and unreliability. Ironically, he met the goal of winning races that had been set for him this season. Even so, the buts (major errors in strategy, in the ‘pit-stops’, Leclerc’s anger) outweigh the positive points (twelve pole positions, four victories, runners-up for drivers and constructors).

“I have decided to end my collaboration with Ferrari. I leave the company that I love and of which I have been a part for 28 years with the serenity and the conviction that I have made every effort to achieve the objectives. I leave a united and growing team, strong, prepared to achieve the greatest goals. It is the right time to take this step and the decision is difficult, “says Binotto in the statement of his departure. Ferrari changes course, but it is not very clear where it is going now. The Italian Vigna, 53, CEO of the company and a physicist with extensive experience in the technology sector, will unofficially assume his duties on an interim basis. He has no career past or ambitions of ‘main team’.

If Andreas Seidl has not accepted, as the ‘Corriere’ has published, it is presumed that it will be the turn of Frédéric Vasseur, with whom conversations have already been held recently and who currently runs Sauber (Alfa Romeo). But it doesn’t take much observation from the paddock to add that Ferrari did not need, or not only, a new captain, let alone get rid of the one it had without having a successor tied up. In addition, the door opens to a whimsical paradox: the car of 2023 can be a winner (It has been a priority in Maranello since the summer) and give results with a replacement in command of a structure identical to the current one; while the real artificer is trimming the hedges in the garden.