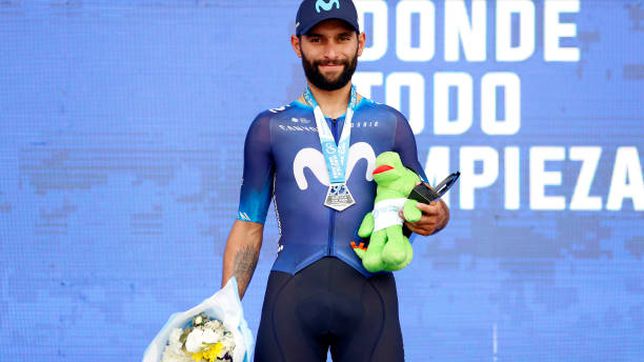 Two days of competition. That is the time that Fernando Gaviria he has needed to show that in the ranks of the Movistar Team he can once again recover his best version. Double added merit, taking into account that he does not have runners to launch him in the massive arrivals, as he explained in AS. Using the wheel Sam Bennett and the trains of other teams in the approach to launch, the Colombian finished second in the second stage of the Vuelta a San Juan, only surpassed by the current European champion, Fabio Jakobsen.

Despite everything, the man from La Ceja was ambitious at a press conference, nonconformist with the result despite the enormous level of the rivals who were at his side: “It has not been one of my best sprints (from last years) because I didn’t win. If I had been one of the best I would have won, as for example I did in Oman last year”.

However, the gallons and confidence that his new “family” of the telephone group is giving him can be a determining factor in seeing the best Gaviria again: “I am happy with the performance of the team, he is very satisfied with the change he has had the whole team to contribute things to me in the sprint. I have taken the position that I thought convenient, Jakobsen anticipated and won. The team has made quite a big change for me, we have shown that we are ready to compete, we do not have a solid train but they have made all the riders available to me and that helps me. I feel that they trust me and that they give their all to try to get victories quickly”. The thing promises.