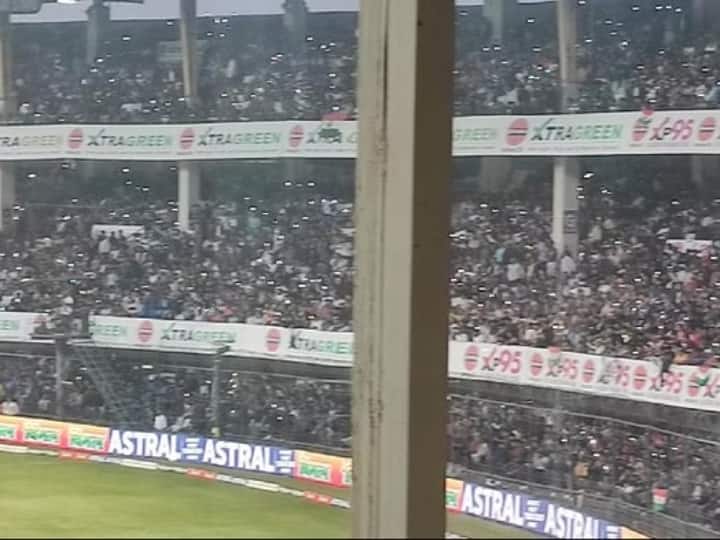 The last match of the ODI series between India and New Zealand was played at the Holkar Stadium in Indore. In this match, the India team defeated New Zealand by 90 runs. On the other hand, the people of Indore set a great example during the match. In fact, during the India-New Zealand match, the fans kept zero waste in the stadium, that is, no garbage was spread in the stadium. During it, the cleaning staff of the Municipal Corporation were also present inside and around the stadium during the match. The special thing about this game was that no banner was seen in the hands of the fans.

During the cricket match, most of the litter in the stadium is caused by waving banners of sixes and fours, but Indore fans presented a different example. Apart from this, mixed fabric has also been used in the flexes installed for the brand at the Holkar Stadium. At the same time, people associated with the Holkar Stadium say that linen is also used after the match, bags are made from it. The tradition of lighting mobile torches by a large number of spectators at the same time during a cricket match on this ground also started 10 years ago.

The tradition of lighting mobile torches by fans during the match at Holkar Stadium was also continued on Tuesday. In fact, when Henry Nicholls hit a brilliant six in the sixth during New Zealand’s innings, moving torches were simultaneously lit by spectators in the stadium. What was then? The entire Holkar Stadium began to shine with lights. Following this, the New Zealand batsmen were also amazed by the love they received from Indore’s cricket lovers. We reported that during the Indore Holkar cricket match, the tradition of lighting mobile torches by a large number of spectators at the same time has been maintained for almost 10 years. At the same time, the fans continued this tradition even during the India-New Zealand match.

The best season in the history of the Tigres del Licey