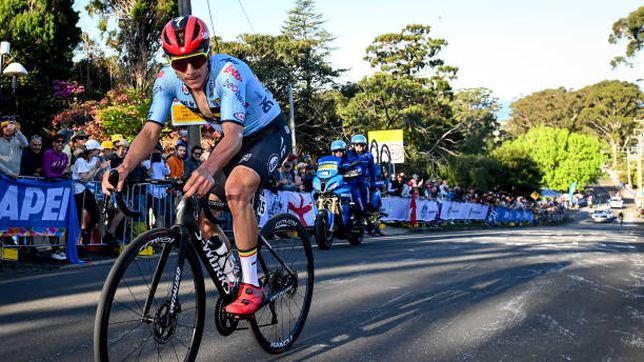 The cycling world continues to be amazed at the great season that Remco Evenepoel has completed in 2022 in which the Belgian cyclist has won events such as the Liège-Bastoña-Liège, the Clásica de San Sebastián, his first major in La Vuelta and the title of world champion at just 22 years old.

Klaas Lodewyck, one of the Quick-Step sports directors, analyzed the figure of Evenepoel in an extensive report on the cyclist in RIDE magazine. and did not hesitate to compare him with Lance Armstrong. “Evenepoel is a little Lance Armstrong. It may be the wrong comparison, but in terms of personality I see similarities between Remco and Lance.”

Lodewyck affirms that, bridging the gap with Armstrong’s relationship with doping, Evenepoel shares the same ambition to win with the Texan. “In addition to all the dark things that came over Armstrong in the past, Lance was also a rider who never made enough money. If he started any race, he wanted to be the best, and Remco has always wanted to win as well. The morning of the last stage of La Vuelta he already began to talk about the Wollongong World Cups. For him it is never enough and that shows that he is always motivated to be the best and win races”.

The sports director also highlights the similarities between the aggressive character of Armstrong and Evenepoel. “Lance was a killer on the bike. If you attacked him, he made it ten times stronger. He did it on the bike, but also verbally. Remco also has that killer mentality and responds to it with his performance on the bike, but he is more diplomatic in his comments.