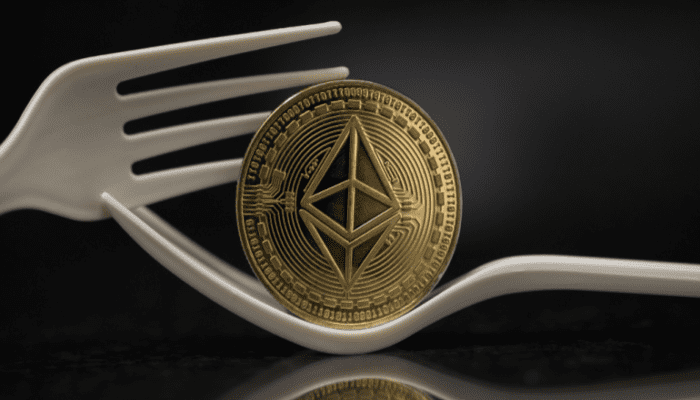 The Ethereum (ETH) merge is imminent with which the network proof of stake (PoS) will be. However, not everyone is happy with this major update. Mainly miners, who after the update, as it were, without work, resisted fiercely. A group of miners even wants to achieve a split of the network so that a proof of work (PoW) version of Ethereum will continue to exist.

One such group of miners who want a hard fork is ETHW Core. This group has regularly announced their opposition to the merge and has also made it clear that they will do everything in their power to get a PoW split of the Ethereum network off the ground. If this plan works, then it is possible miners continue their work on this Ethereum split.

According to ETHW Core, this network split will occur approximately 24 hours after the merge launch.

“ETHW mainnet will take place within 24 hours of the Merge. The exact time will be announced with a countdown 1 hour before launch and everything, including final code, binaries, config files, nodes info, RPC, explorer, etc. will be made public when the time is right.”

ETHW mainnet will happen within 24 hours after the Merge. The exact time will be announced 1 hour before launch with a countdown timer and everything including final code, binaries, config files, nodes info, RPC, explorer, etc. will be made public when the time’s up.

At the end of August, the miners made already known why they firmly believe that the merge and move to PoS is a big mistake. You can of course ask yourself whether the main reason for the miners’ opposition is not simply the drying up of their source of income.

“It only makes sense to go ahead with a PoW Ethereum, which should be a no-brainer for those who are in favor of openness and the free market, as there is no downside. After all, if PoS Ethereum is really that great, why be afraid of competition?”

The founder of the Ethereum network, Vitalik Buterin, has already made clear that he’s not very concerned about possible PoW splits from the network after the merge. According to him, there is a good chance that such splits will not be particularly successful.

These 2 countries are the most mature in terms of crypto

OPPO Find N2: the new folding will already have a presentation date

“Demands in Iran go far beyond the wearing of the veil”

Amitabh’s grandson Agastya, who is making his Bollywood debut with this film, will share the screen with Dharmendra.