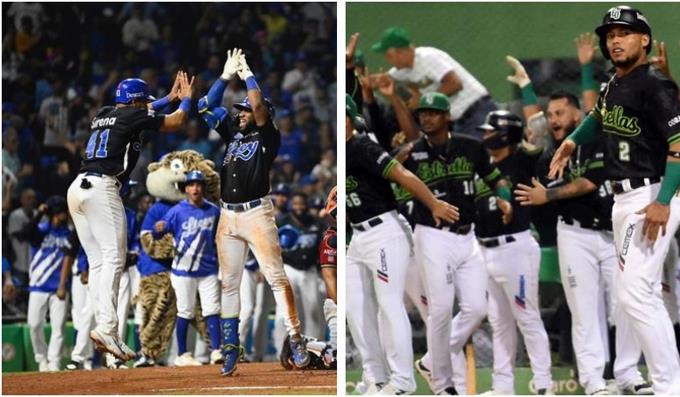 The fall-winter baseball season in the Dominican Republic has entered its final phase.

Estrellas de Oriente and Tigres del Licey will be the protagonists of the final stage of Creole baseball, which begins this Friday at 7:15 p.m.

The step prior to the celebration of the final is the selection of imported players in a special draft that will be held this afternoon.

The basic rules are as follows: Each team has the right to choose two players, so there will only be two rounds of selection and four picks or selections.

In both rounds, the team that came first in the Round Robin will be selected first. In this case, Tigres del Licey, and second Estrellas de Oriente. That pick order is decided by the standings.

Licey and Estrellas were even with 10 wins and 6 losses but the Tigres have the advantage for having won the particular series against the greens.

With this known information, it is important to see what the main weaknesses are and an approach to what the teams are looking for in that draft to strengthen themselves.

The pachyderms reach the final stage of the tournament with a fairly clear need to improve: starting pitching. This section only managed to average four episodes of work in the course of the All Against All, clear reason that if the team wants to continue in competition, it must first improve its rotation of starters.

The pachyderms finished with a collective ERA of 3.11, above that accumulated by their rivals, Tigres del Licey, who finished with 2.92.

As far as hitting, the Stars averaged 259 collectively, with an on-base percentage of 323. The slg was 374.

The capitalinos present a compact team after their offense combined to produce a .676 OPS in the semifinals and their pitchers posted a 2.90 ERA, although that doesn’t take away the rush of making additions.

Specifically, the Blues should look to increase the offense at the bottom of their hitting lineup (sixth through ninth in order), after seeing them collectively produce a pyrrhic .218 average.

The Tigres del Licey may also need to strengthen their relief pitching staff.