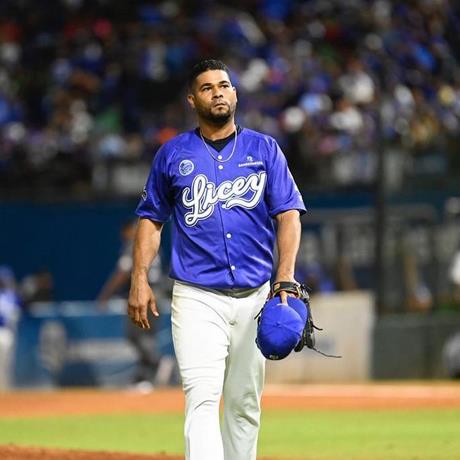 The pitcher of the Tigres del Licey, Esmil Rogers, was confident and optimistic after winning the third game of the final series of the fall-winter baseball tournament on Sunday.

Rogers, after being questioned about the work he did in the last game, where his team won 1-0 against the Eastern Stars, stated that he is a player who does not put “pressure” on himself, since he knows the talent he has .

“I have always been a player who does not put pressure on himself. I know the talent that I have and I know the type of pitching and the pitcher that I am. That is one of the things that has helped me along the way in my career…”, assured the right-handed pitcher.

For the player, having a prior plan when entering the field of play does not seem to be an option to consider. This was stated during a press conference.

“I never go into a game with a plan. I always try to look at the hitters, that they can teach me…, I think that’s one of the ways that I’ve already learned, as I told you, in the course of my career, that I realize what type of pitching or hitter I like. he may be looking for and, what happens, what did the opponent throw at him ”.

Esmil Rogers, in his work as a starting pitcher, threw 6 scoreless innings, and barely allowed 4 hits, all singles, with two walks and four strikeouts.

Before his participation in yesterday’s game, where he came out in the sixth inning and after being questioned about the decision of the Blues coach, Rogers indicated that “Offerman knows I’m here…, if he needs me in three days I’ll be there to give the best of me and I think it’s the plan we have and let’s hope to God that it’s like that”.

Also, he clarified that he did not ask Offerman to be removed from the field of play.

“I didn’t request it…, with the great bullpen that we have, I think it’s enough to throw 5 or 6 innings…, I think I got the extra and I was able to give my best, and that was one of the keys to the game”, said the pitcher, who also played in the majors for the New York Yankees and Toronto Blue Jays.

The Tigers will be visiting the Stars in the fourth game of the final series scheduled for tomorrow Tuesday starting at 7:30 pm.

The game will take place at the Tetelo Vargas stadium in the city of San Pedro de Macorís. The Tigers lead in the Final Series, 2-1.