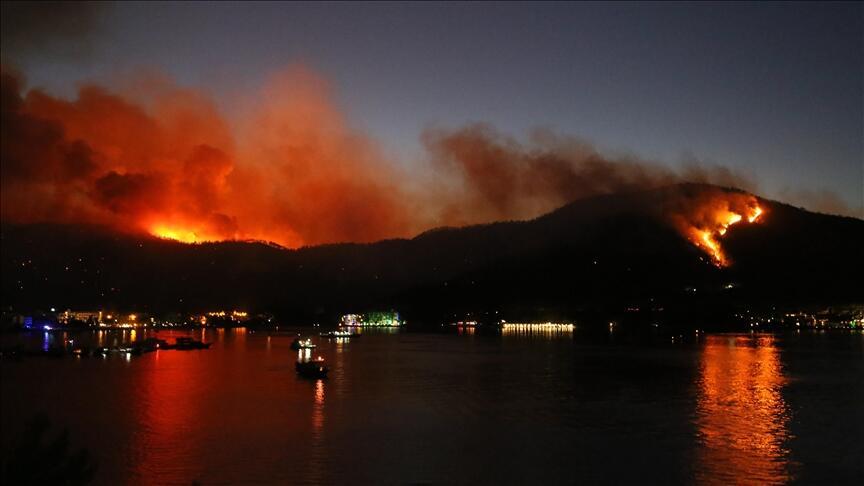 Turkish President Recep Tayyip Erdogan today hinted in a televised speech that the high number of fires ravaging Turkey’s southern and western coasts, with a death toll of six, is due to “acts of terrorism”.

“Since last year, the leaders of the terrorist organization have given instructions to burn down the forests, and the fires in Turkey have doubled,” Erdogan said during his speech, which was broadcast live on NTV from the tourist station in Turkey. Marmaris, on the Aegean coast.

The Turkish head of state has revealed the detention of a person, allegedly linked to the hundred fires recorded since Wednesday in a dozen provinces off the Mediterranean and the Aegean coasts, but did not reveal details on his identity or his presumed motives.

“It is our duty to find those who burn our forests and make them suffer,” added the president.

For several days, several ultranationalist dailies have speculated on the possibility that the fires were motivated by acts of sabotage and attributed to Murat Karayilan, leader of the outlawed Kurdistan Workers Party (PKK), the Kurdish guerrilla, a call to use the le fire as a political weapon.

In turn, the opposition accused the government of failing to adopt preventive measures and of not investing in firefighting equipment, such as tank planes, despite the frequency of fires in Turkey.

On Friday, Erdogan noted that “five or six tanker planes” were being used to fight the flames, some sent by Russia and Ukraine.

The high temperatures in the eastern Mediterranean, which reached 40 degrees in southern Turkey and will continue for the next few days, facilitated the spread of fires in the Eurasian country, but also in Greece and Italy, with several regions ravaged by fires that destroyed houses and injured several people.

War in Ukraine LIVE: This Friday, kyiv is hosting a European summit, against the backdrop of the Russian offensive…