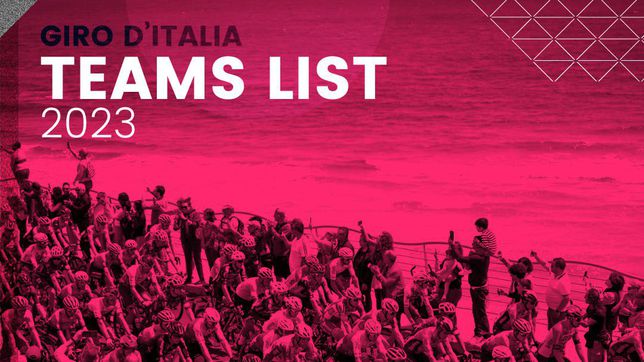 The Giro d’Italia 2023 is outlining all its details. With its route presented, the great Italian tour announced this Thursday the four teams They will be heading through invitations. EOLO-KOMETA, Bardiani, Israel and Corratec have been the squads chosen by the organization to complete the participation of a round that will take place from May 6 to 28.

With the distribution of his wild cards, the Giro assures its presence to the four national category teams UCI ProTeam. Together with Israel, they will accompany the 18 UCI WorldTeams squads. All of them, They will be part of a race with a varied route, which will offer alternatives for all types of runners. In the peloton, Remco Evenepoel or Primoz Roglic, two of the great contenders for the pink jersey.

Another name that may be along with those mentioned is that of Nairo Quintana, now without a team. As confirmed by Serge Parsani, manager of Corratec, one of the invited teamsthere is interest on the part of the Italian squad to take over the services of the Colombian runner.