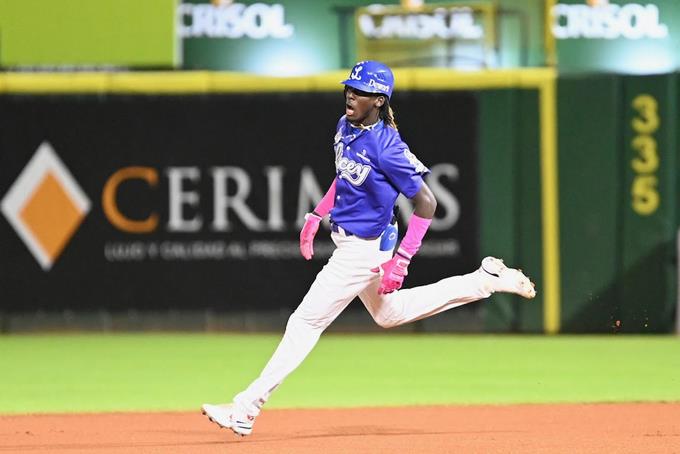 De la Cruz has the height, bulk and other physical tools that have earned him the No. 1 prospect in Cincinnati and No. 14 in baseball on MLB Pipeline’s lists. The numbers at bat are overwhelming. But the position De la Cruz plays surprises some, since as a shortstop, the just-turned-21-year-old is in a small group of top shortstops at baseball’s highest levels.

“People are always making that comment, that I’m too tall to play shortstop,” De la Cruz said in conversation with MLB.com. “But that really doesn’t matter to me. It is the dedication. Oneil Cruz is there, reaching out. And that one is bigger than me. The work is (the main thing), without going down. And to show those people that they are wrong, that the greats can also play short”.

Until now, De la Cruz has justified those statements with a more than acceptable defense at short stops. But it is in the offense where the native of Sabana Grande has given something to talk about. In 2022, his first full minor league season, De la Cruz hit .304/.359/.586 (.945 OPS) in 120 games between Class-A Strong and Double-A, with 31 doubles, nine triples, 28 home runs, 86 RBIs and 47 stolen bases in a total of 513 plate appearances. In other words, the combination of batting average, power hitting and speed is already clearly seen in a player who also made the All-Star Game in 2022.

In that sense, De la Cruz will enter training with more eyes than ever on him and his preseason performance in Goodyear, Arizona.

“I don’t feel burdened, just normal, enjoying the game, the same as always,” De la Cruz said of his status with the Reds and in baseball in general. “And putting it hard, every day harder.”

A theme to watch in Cincinnati’s spring training will be precisely what the team will do at shortstop. José Barrero has had ample opportunities and although he has excelled defensively, his batting has left a lot to be desired. The Cuban has hit .170/.215/.223 in 298 plate appearances since 2020, including .152/.195/.206 in 2022. Veteran Kevin Newman is another viable option, with De la Cruz in theory starting the season at Double-A–where he finished last season–or at Triple-A.

However, De la Cruz has something else in mind for training.

“My mentality for this year is to go as ready as possible to Spring Training and do an excellent job for those people, to see if they leave me at the top once and for all,” said the Dominican, who has an affinity for number 18 in his uniform due to his admiration for Didi Gregorius as a shortstop in his days with the Yankees. “That’s what’s on my mind right now.”

If De la Cruz keeps hitting like he has up until now, the big league dream will come sooner rather than later. But another dream of the young man has already come true, with his participation for the first time in the Dominican League with the Tigres del Licey at the beginning of the 2022-23 season.

“That’s kind of cool. That’s something really nice, playing here in my country,” said De la Cruz, who made a great impression on that circuit by hitting .286/.396/.417 with four doubles, two triples and a home run in 24 games and 101 plate visits. “Your people watching you, and the fans. And that Licey fan base is the best fan base”.

Now, in the final stretch of his personal training in his country, De la Cruz assures that he will arrive in Arizona ready to continue climbing in the Reds system.

“Working, physically and mentally to get ready for when we have to play there, where we want to play,” he said.

And where he wants to play and shine is at shortstop.

“Sure, that’s the position I like to play. My career, I want it to be at shortstop.”