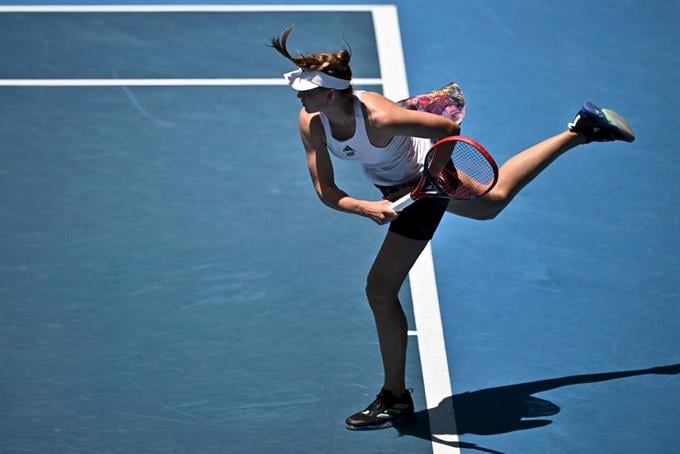 Last season, everything seemed easy for Iga Swiatek. Two Grand Slam trophies, eight titles in total, a 37-match winning streak, a long reign at the top of the rankings.

These achievements made others expect constant greatness from Swiatek, something that could not be lacking. They also changed the way she approached key moments, and her 6-4, 6-4 loss to Wimbledon champion Elena Rybakina in the fourth round of the Australian Open had Swiatek wondering if he should revise his strategy.

“I felt like I needed to take a step back from how I approach these tournaments, and maybe I wanted it too much. So I’m going to try to calm down a bit more,” Swiatek said. “I felt the pressure, and I felt like ‘I don’t want to lose’ instead of ‘I want to win.’”

So there will be no duel between Iga Swiatek and Coco Gauff at the Australian Open. Instead, the tennis players who beat them on Sunday will collide.

Rybakina and Jelena Ostapenko, the 2017 French Open champion, will meet for a ticket to the semifinals.

Rybakina (seeded 22nd) used her big serve to unsettle Swiatek, getting the better of the baseline volleys to earn a 6-4, 6-4 win in about an hour and a half.

“I played well in the important moments,” Rybakina said. “Of course, I get nervous every time I go out on the court, I think like all of them. But I’m always calm. At least I try not to show too much emotion. My coach tells me that I would actually need to show them sometimes, so I’m learning too.”

Swiatek has been a three-time major champion, including titles at the French Open and the US Open last year.

Rybakina’s placement in the rankings did not reflect her ability or results, as her title last July at the All England Club came in an edition of the tournament that did not award ranking points.

The WTA and ATP tours refrained from allocating points at the tournament after organizers barred players from Russia and Belarus from participating in the aftermath of the invasion of Ukraine.