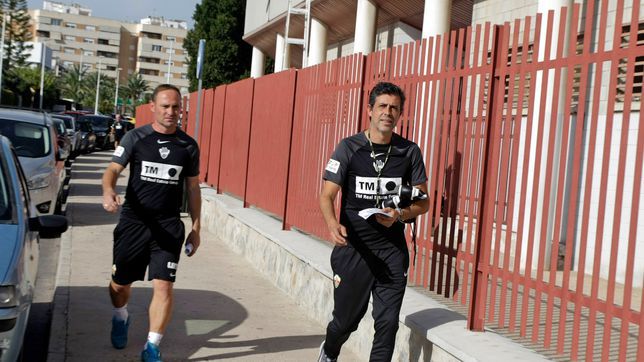 Things at Elche don’t work out either in the first team or in the subsidiary. Dancing on the benches is a constant. the green-fringed club announced this Wednesday the dismissal of Alberto Gallego as coach of the Illicitano. The Catalan leaves the bench of the subsidiary, of Tercera RFEF, after a terrible dynamic. The team, made to fight for promotion, is flirting with the relegation places after a dynamic weight, with three draws and two defeats in the last days.

Alberto Gallego leaves office after having directed Ilicitano and the first team, in the highest category. The Catalan took command of Elche in First Division after the dismissal of Francisco and the arrival of Almirón. Galician sat on the bench against Mallorca (1-1) and he is one of the four coaches that the first team has had this season, with Francisco, Mantecón and Almirón. Machín is the fifth.

Elche has confirmed that after the dismissal of Gallego, Nino takes charge of the Ilicitano. The eternal captain takes command of the subsidiary together with Carlos Garrido, until now in Juvenil A.

3.8 million and two titles: Jon Rahm, after the legend of Seve