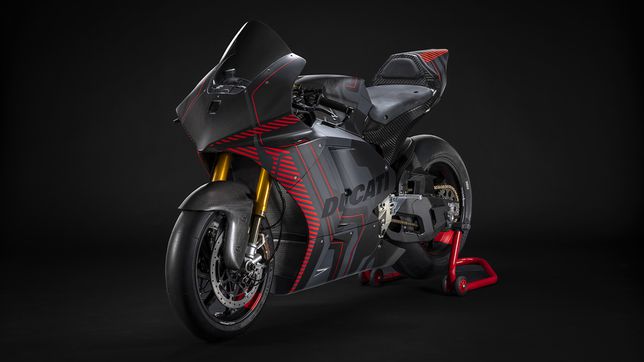 hand in hand ducati Y Ducati Corsethe competition department of the Bolognese house, the arrival of the Italian brand as the sole supplier of MotoE from 2023. The electrical project is born from the synergy of departments of the factory that dominates the World Cup MotoGP and the one of sbk and with two premises: “It will be a racing motorcycle” and “MotoGP will never be electric”. The weight of the frame that will monopolize the 18 motorcycles on the track with zero emissions will be 225 kg with a power of 150 CV that has allowed it to reach a maximum speed of 275 km/h in tests carried out on circuits such as Mugello. In these tests, the Borgo Panigale test riders were in charge of transmitting the sensations to the Ducati technicians to make, as the act insists, “a racing motorcycle”.

The battery has a weight of 110 kg and offers a capacity of 18 kWh with a charging socket of 20 kW, which will allow completing the race distance. In the unwanted event that the battery does not arrive, an alarm signal will warn first before the systems stop working due to lack of energy.

The electric series will start in the French GP (May 12-14) and will expand its program from six to eight appointments, ending in the San Marino GP between September 8-10. Before the points come into play, six days of official tests are scheduled, divided into two batches of three days: from March 6 to 8 in Jerez and from April 3 to 5 at the Barcelona-Catalonia circuit.