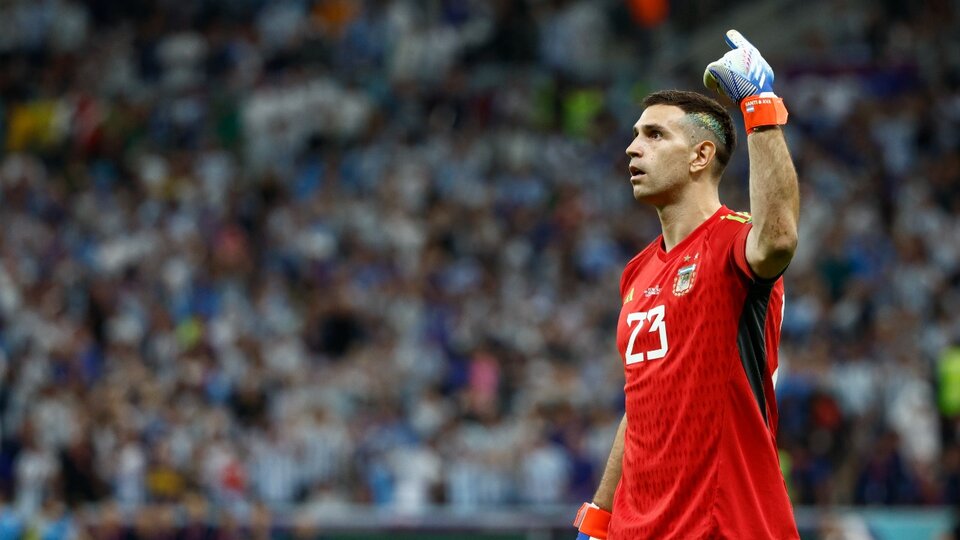 The goalkeeper of the Argentine national team Emiliano “Dibu” Martínez, who once again put on the hero’s diver by saving two penalties in the definition against the Netherlands and allow the qualification to the semifinals of the World Cup in Qatar, said this Friday that his “The greatest satisfaction is to give joy to people”. “A short cut for the 45 million Argentines behind us, to give joy to people, that is my greatest satisfaction“said the 30-year-old from Mar del Plata.

About the match he said: “They came to me twice in the final (for the two goals scored by striker Wout Weghorst), I had to help my teammates and I saved two on penalties and was able to save more“. Finally, and about the pass to the semis, “Dibu” said: “We have eggs. We know how to get up after a blow.”

And he closed with a phrase that includes Croatia, the rival of the National Team in the World Cup semifinals. “We will have time to think about the semifinal on Tuesday. Now I want to enjoy“, closed the also goalkeeper of Aston Villa, from England.