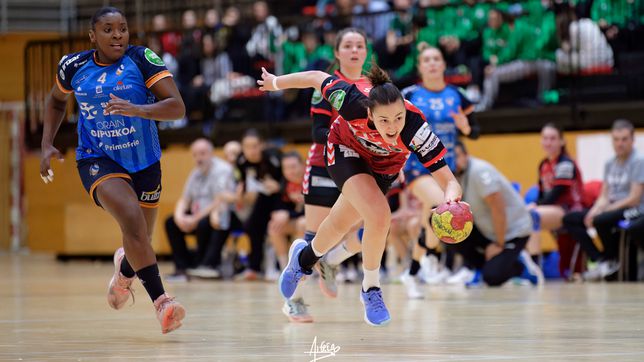 Women’s sport is gaining ground, but there is still a long way to go, since there are countless teams in all modalities that continue to experience real hardships. Barakaldo’s Zuazo requested help in the middle of the pandemic and when it seemed that the course was straightening, he found himself again in a dramatic situation. The squad and coaching staff have denounced in a statement the “extremely serious situation” they are going through due, among other causes, to the non-payment by the Biscayan club of “various monthly payments that are distributed over the last two seasons.” In the note, they underline their “full commitment” to the Zuazo and assure that they will continue training trying to stay “isolated from all problems until it is impossible to continue, at which point” they will consider “any type of measure, however drastic it may be” .

It is further reported that Added to these non-payments are “a series of circumstances that make daily work difficult, such as the lack of sports equipment supplied by the club” or the “problems that some members of the staff have to meet the travel expenses to attend” the training sessions. “This circumstance is further aggravated for those people who live outside their family nucleus, causing unpleasant situations such as having to request loans from relatives or colleagues or having to change their lifestyle in order to meet the most basic needs” , they regret.

The athletes are aware of “the club’s lack of liquidity due to the delay in entering public subsidies” or the problems in attracting private investment, but they reject that they are the ones who “have to bear a large part of the debt Of the entity”. “Since the situation began to worsen, we conveyed to the club’s board of directors our concern and the desire to collaborate to help in the search for solutions. We were asked for patience, but we consider that we have reached the limit ”, they warn. “The reality today is that The information that comes to us on the economic level is very confusing, which creates an environment of stress and uncertainty under which it becomes almost impossible to train, compete and be focused on our sporting goals.”, emphasize players and coaches.

On the last day, they lost to the powerful leader Super Amara Bera Bera 22-33 at the Lasesarre Municipal Sports Center, in Barakaldo, in front of some 650 spectators, in a match corresponding to the eleventh day of the Iberdrola Guerreras League. In the run-up to the match, recognition was given to three players from both teams, Maitane Echevarría MVP of the tenth day, Anne Erauskin for her stage as a local player and Magdalena Fernández Agustí, who received her Panini card from the Iberdrola Warriors League. The Biscayans are tenth, with Granollers and La Rioja behind them. The illusion of the group heads to the Copa de la Reina on January 28 against Gijón.

FTX ex-CEO SBF influences witnesses, may be banned from communication