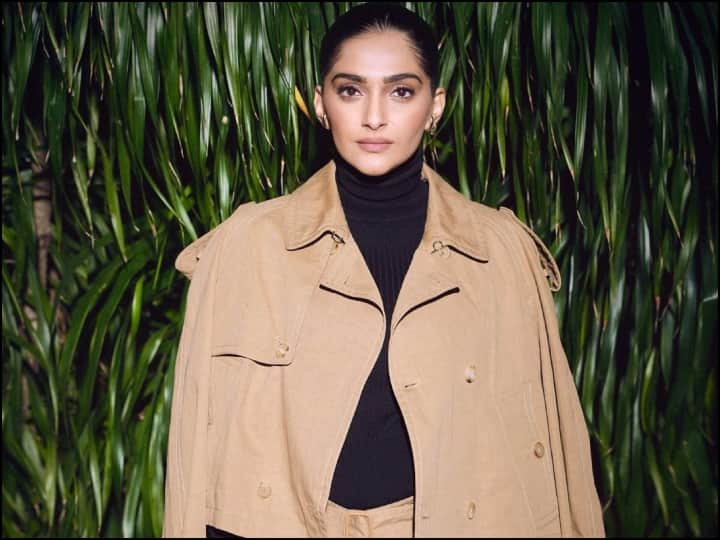 Sonam Kapoor gave birth to her son Vayu on August 20, 2022 of this year. Currently, Sonam’s son is two months old. The actress continues to share images on social networks having fun with her son. In the midst of maternity, Sonam is gradually beginning to work. The actress returned to work only 63 days after her delivery, leaving a long maternity leave. Today, November 22, Sonam Kapoor was seen for the first time at the Mumbai airport. Here Sonam was seen in a very stylish avatar.

Now, Riya Kapoor has shared the latest photos of Sonam on Instagram, in which Sonam is seen wearing a light brown and black outfit. Sonam looks very glamorous in this photo shoot done for Nike and Rise Talk com. Talking about her outfit, Sonam wore black pants, long t-shirt and long brown jacket, she accessorized this look with nude makeup, gold accessories and juda.

While sharing the photos of Sonam Kapoor, Sister Riya Kapoor also gave a powerful message. She is appealing not to call the actress’s return to work a comeback after becoming a mother. Sharing Sonam’s photos on Insta Story, Riya wrote the caption, ‘Don’t call it a comeback…’ Sonam Kapoor has also shared photos of an airport look on her Instagram account, in which she looks very beautiful and stylish. Sonam herself wore a light green mock dress, in which the actress sported a long black jacket. Sonam black high heeled boots added glam to this luxe look. Son Vayu and her husband Anand Ahuja were not seen with the actress at the airport.