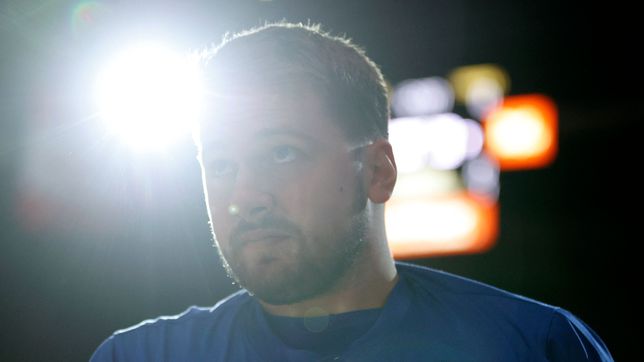 The Dallas Mavericks are fifth in the West with a record of 24 wins and 21 losses. They are two and a half games away from third place and they take one and a half games away from seventh. A good situation on paper, similar to last season, in which they finished fourth in the regular season and reached the conference finals, losing to the future champions, the Warriors, 4-1. But as soon as you dig in, you see obvious problems in the game and the preparation of the squad. And there, in the latter, the problem can become a drama if the information from Tim MacMahon, from ESPN, is correct and the franchise does not know how to solve it.

The journalist specializing in Mavs information has released an article in which he assures that Luka Doncic, for the first time since he arrived in Texas, “has clearly indicated that he wants the Mavs to improve the roster before the market closes on the 9th of February”. Until now Doncic had not expressed himself in public about the team’s sports policy and he still hasn’t. In private, unless he is known, he had not influenced the additions and departures of players either. But the Slovenian has to be seeing something that he doesn’t like because he has taken action. He does not want to wait any longer and forces the franchise to move in this February market so that the team can compete as much as possible now.

MacMahon already published a few weeks ago that within the Mavs there is a feeling that they have a two-year window, until the summer of 2025, to convince Luka that they can put together a winning team around him. The Slovenian could go on the market in 2026 and before that happens, if the Mavs believe or know that he does not want to continue in Dallas, they would look for a transfer the previous year. The truth is that beyond the Slovenian, the rest of the squad does not seem to be taking steps forward. As data, the record in the games in which they have not had their star by their side: a very poor 0-5. It’s time to improve. And according to Doncic, the sooner the better.