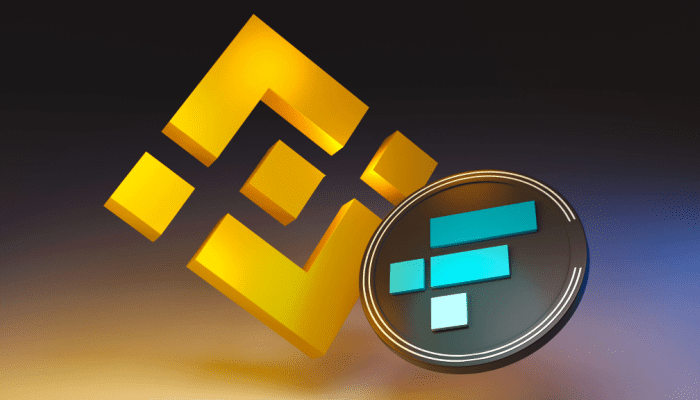 The big Binance admits that, like FTX, it made mistakes with its customers’ funds. Fortunately, it’s not an error on the same scale as FTX, but that doesn’t change the fact that it’s a bad thing. According to a new report from Bloombergthe exchange platform “accidentally” used user funds in the same wallet it holds collateral for Binance tokens.

Binance issued more than $539 million in total of the 41 B-Tokens that have Binance 8 as their collateral wallet.

The crypto platform acknowledged it mistakenly keeps collateral for some tokens it issues in the same wallet as exchange customer funds https://t.co/zcR3EeHb08 pic.twitter.com/3giX04P2E0

Binance keeps reserves for the tokens it issues in a specific wallet called “Binance 8.” According to information on the website, the same wallet also contains user credits, which of course raises the question of why this is the case.

Somewhat reassuring is the fact that the balances in the wallet are a lot higher than the amount of tokens for which the assets in that wallet serve as collateral. Binance itself says the following about it:

“Binance 8 is a cold wallet of the exchange. In the past assets have been accidentally sent here as collateral, which is also included in the Proof-of-Reserves report. Binance is aware of this error and is in the process of sending the assets to the correct wallet.”

It is difficult to say exactly what we should think of this, but it is strange that an exchange platform such as Binance makes such mistakes. It is to be hoped that they do not use customer funds to back certain tokens like the Binance USD (BUSD) stablecoin.

No risk to customer funds

If we are to believe the Binance representative, then the users of the exchange platform are in any case not in danger and their assets are safe. However, those are words that they also used at FTX in the run-up to the major problems that ultimately led to the implosion of the trading platform.

The flaw was first discovered last week by ChainArgos, a blockchain analytics company. It is certainly a pity that Binance does not come up with this itself, but that we have to wait for an external company to come up with such discoveries. In any case, that does little good for confidence in Changpeng Zhao’s stock exchange platform.

Infamous Shipwreck of the Rockets