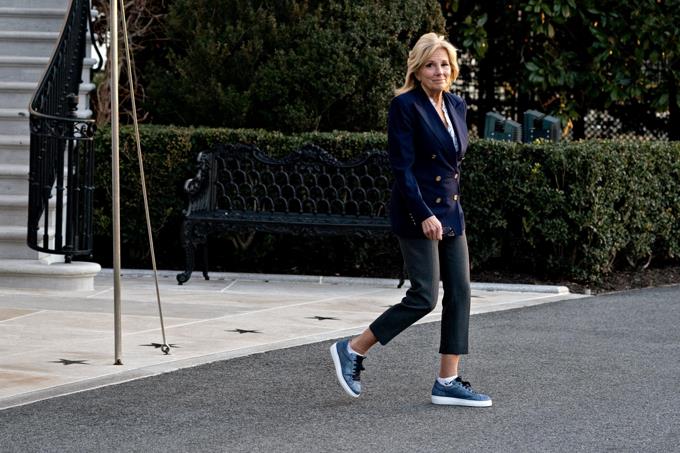 Doctors removed two carcinomas this Wednesday, one above the right eye and the other on the side of the torso, from the first lady of the United States, Jill Biden, reported the White House doctor, Kevin O’Connor.

After these interventions, Jill Biden experiences some swelling on her face and bruises, although "he is in a good mood and feels good"O’Connor said in a statement.

It is expected that the first lady can return to the White House this Wednesday after being discharged.

Jill Biden had gone today to the Walter Reed Medical Center (Maryland), on the outskirts of Washington, to undergo surgery on a lesion above the eye with a surgical technique called Mohs, which is often used in cases of carcinoma.

The lesion had been detected in a routine medical check-up and as a precaution it had been decided to remove it to study the tissue.

However, in the latest update on the state of Jill Biden’s health, O’Connor confirmed that it was finally a basal cell carcinoma, one of the most common skin cancers, above the right eye.

The doctor stated that all the cancerous tissue was "successfully removed" and that they do not anticipate any other intervention in that area, although they will monitor "close up" his healing.

During the previous preparations for this operation, the physicians detected another "small injury" on the left eyelid that was removed and is now being analyzed under the microscope.

The doctors also found another basal cell carcinoma on the left side of the first lady’s torso, which they removed. "successfully".

O’Connor specified that this type of carcinoma does not usually spread or cause metastasis, like other types of skin cancer such as melanomas or squamous cell carcinomas.

"However, they can potentially grow larger, resulting in a more significant problem and greater challenges when surgically removing them."he explained.

White House spokeswoman Karine Jean-Pierre said at her daily press briefing that the operation had gone well. "all right", without going into the details of the intervention; and that the first lady was accompanied by her husband, President Joe Biden.

O’Connor noted that he was going to undergo an operation known as Mohs, which, according to the Skin Cancer Association, is the most effective technique for treating many basal and squamous cell carcinomas, which are the two most common types. of skin cancer.

Last February, Joe Biden set himself the goal of halving cancer deaths in his country by 2047, and called for fighting that disease with the same "extreme urgency" that has been applied to the fight against covid-19.

His eldest son, Beau, the result of the president’s marriage to his first wife, Neilia – who died in a traffic accident with her 13-year-old daughter – died in 2015 of a brain tumor at the age of 46.

His death led Joe Biden to lead more forcefully a campaign to fight cancer, which he enthusiastically champions.