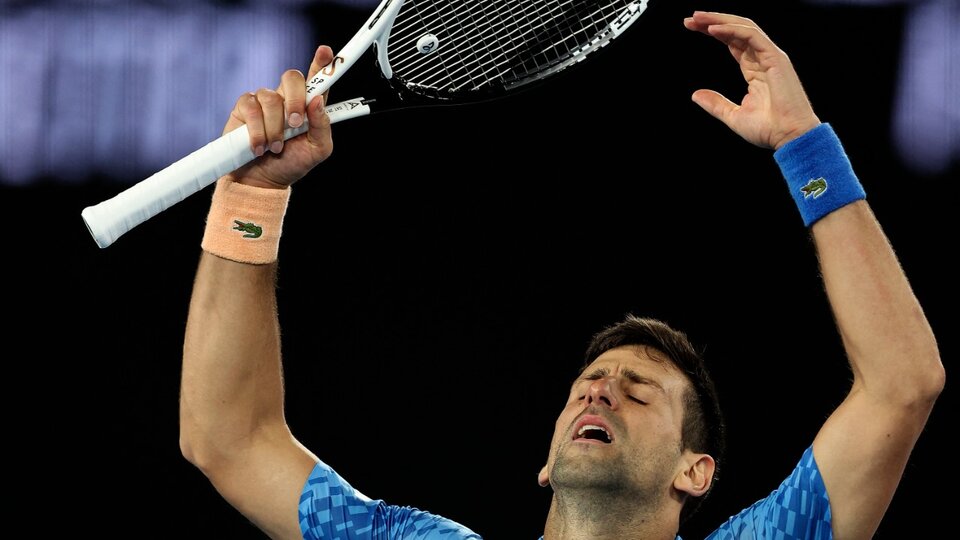 Despite the muscular discomfort he is suffering, the Serbian Novak Djokovic qualified this Saturday for the round of 16 of the Australian Open, the first Grand Slam of the year, by beating the Bulgarian Grigor Dimitrov in straight sets: 7-6 (7), 6 -3 and 6-4 after 3 hours and seven minutes of play at Rod Laver Arena.

Djokovic, with a bandage on his left leg and obvious mobility problems, beat the 31-year-old Bulgarian, former world number 3, for the tenth time in 11 matches, and took another step towards the goal of equaling Rafael Nadal in the record for Grand Slam titles (22). The Spaniard, defending champion this year, was surprisingly eliminated in the second round, the victim of a muscle injury.

After consummating his victory against Dimitrov, who offered points of enormous level with rallies of more than 20 strokes, Djokovic greeted the fans who populated the central court and kissed the ground from which he was deported a year ago after a scandal over his refusal to Get vaccinated against Covid-19.

At the start of the second week of competition in Australia, the Serb will have a rival against local Alex De Miñaur, whom he will face for the first time on the professional tennis circuit. De Miñaur (23 years old), of a Uruguayan father and a Spanish mother, prevailed over the Frenchman Benjamin Bonzi 7-6 (0), 6-2, 6-1 and equaled his best performance at the Aus Open, valid since the last year.

At the Margaret Court Arena, the Spanish Roberto Bautista Agut beat the British Andy Murray, a five-time finalist in Melbourne, beating him 6-1, 6-7 (7), 6-3 and 6-4. The 34-year-old Valencian tennis player was one instance away from matching his best production in the first major of the season (2019), an objective that he will seek in the next match against the American Tommy Paul.

On the other hand, the Danish Holger Rune (19 years old), who surprised Djokovic in the last Masters 1000 in Paris, extended his firm march without giving up a set and dismissed the Frenchman Ugo Humbert 6-4, 6-2, 7-6 (5) in just over two hours. His next rival will be the Russian Andrey Rublev, seeded fifth and now the third favorite after the eliminations of Nadal (1st) and the Norwegian Casper Ruud (2nd).

In the women’s draw, the Belarusian Aryna Sabalenka (5th) advanced for the third consecutive year to the round of 16 after beating the Belgian Elise Mertens 6-2, 6-3. She will now be looking to break into the tournament’s top eight for the first time when she takes on Swiss Olympic champion Belinda Bencic in the next round.