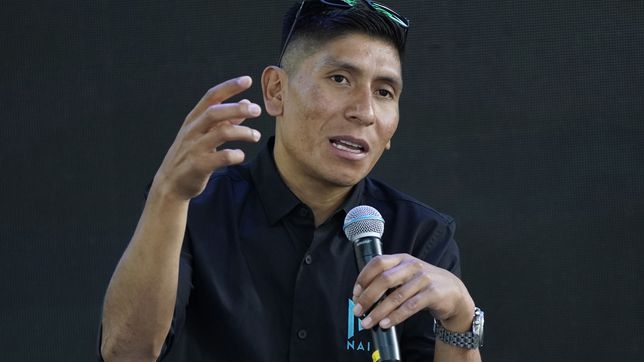 Serge Parsani, sports director of Team Corratec said that there were approaches with Nairo Quintana, but that his hiring will not be given due to two issues that make it impossible, the cost of the runner in the current world cycling market and the fact that marked him in 2022, the consumption of Tramadol in the Tour de France.

According to Parsani, ex-cyclist and ex-partner of Cochise Rodríguez in the 70s, the issue with Nairo is closed with the Italian team. I prefer not to talk about this story. It has become too big and we cannot take Nairo with us. I’m sorry, this was something big that we don’t know anything about, so you have to talk to his representative,” he said.

Regarding Nairo’s manager, Giuseppe Acquadro, Parsani said, “He proposed Nairo to everyone, to several teams, but the problem is that we are too small a team. We don’t even have the means to sign Nairo,” he clarified.

Regarding the issue of Tramadol, Parsani explained, “we are enrolled in the Movement for clean cycling and we have a big problem with that.” This organization is made up of various squads, cyclists, independents and other entities and fights for the sport to be as clean as possible of doping and prohibited substances.

What did the Credible Cycling Movement say about Nairo?

When the UCI did the blood tests on the body of Nairo Quintana that came out positive for tramadolthe Movement for a credible cycling spoke through its president Roger Legeay.

“The Movement for Credible Cycling is an association that aims to defend clean cycling. Transparency, responsibility and the commitment of our members are the pillars of our identity. MPCC is also a whistleblower on corticosteroids, tramadol, stilnox and mechanical doping.”

Although tramadol will be a doping substance until 2024, Legeay spoke specifically about this drug, “the MPCC has worked very hard to include tramadol in the list of prohibited substances of the World Anti-Doping Agency. It is not blacklisted at this time.”