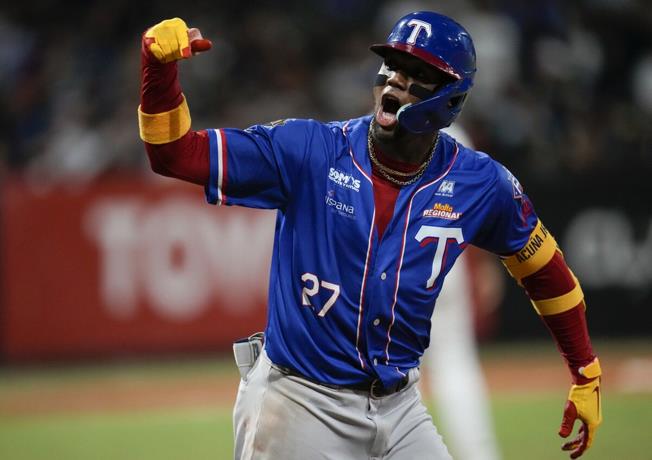 Atlanta Braves ace Ronald Acuña Jr. homered but an explosive night on offense by Isaías Tejeda led the Leones del Caracas to a victory Tuesday night 8-5 over the Sharks of La Guaira to increase their lead to 2-0 in the final series of the Venezuelan Professional Baseball League.

Tejada went 3 for 4 with a double and five RBIs for the Lions. In addition, Wilfredo Giménez went 3-for-4 with two RBIs and Oswaldo Arcia drew four walks in four opportunities and scored on two for the winners.

For the Sharks, Acuña Jr. went 2-for-3 with a solo home run and two runs scored, while Balbino Fuenmayor went 2-for-5 with a home run and three RBIs, but they could not prevent their team’s second setback in the series. to the best of seven.

Norwith Gudino allowed one run in a two-inning relay to win the game. The defeat went to the record of Nelson Hernández after allowing three scores in two episodes.

Jeremy Rivera replied with a timely single that drove in the winning run and the Indians fielded the Carolina Giants to escape with a dramatic 2-1 victory. Mayagüez thus extends the Final Series of the Roberto Clemente Professional Baseball League of Puerto Rico to a maximum of seven games.

Josh Palacios put the Indians ahead with an RBI single in the fourth inning, but the Giants tied the score in the top of the eighth on Ruben Castro’s sacrifice fly, setting the stage for Rivera’s run-scoring hit. of the victory at the feet of Brett Rodríguez.

Mayagüez starter Ronnie Williams pitched six and one-third innings with two-hit ball but left without a decision after embellishing his work with six fanouts.

The victory went to Endrys Briceño with an inning and two-thirds scoreless as a reliever and Miguel Romero lost after giving up the winning run in his two-thirds-inning relief.

The Algodoneros de Guasave took advantage of a brilliant start by Matt Pobereyko and showed their best offensive face to defeat the Cañeros de Los Mochis 10-0 and add their first victory in the Final Series of the Mexican Pacific League, which they now lose by 2 -one.

Pobereyko complied at a critical moment for Guasave and threw six brilliant scoreless innings of just one hit, walked and struck out nine opponents to win the game. The defeat went to the record of Luis Miranda, punished with five scores and seven hits in two chapters and a third.

Comeback in time for Breogan