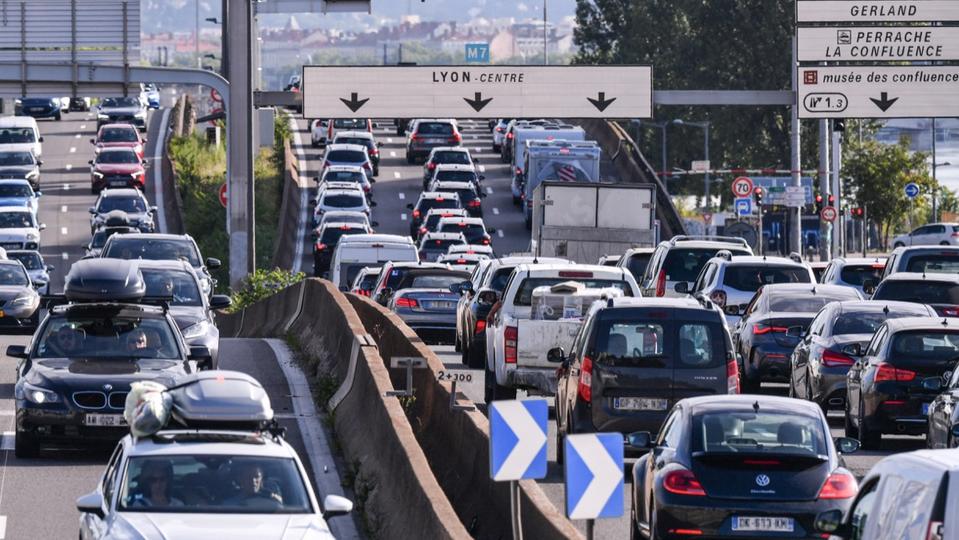 Traffic on the roads is particularly heavy this Saturday with the many holiday outings. Classified red in the country by Bison Futé and black in Auvergne-Rhône-Alpes, the traffic totaled more than 1000 km of traffic jams at noon.

Is about second crossover weekend summer between the departure of vacationers in August and the return of those who left in July.

Drivers on the A7 motorway had to take their troubles with patience. More than 200 km of traffic jams were recorded between Lyon and Orange (Vaucluse) in the direction of the exits. Travel time doubles depending on highway services.

Same observation on the A10 between Paris and Bordeaux. The strong presence of vehicles causes repeated slowdowns.

The A10 is also very busy with around a hundred kilometers of slowdowns between the Paris and Bordeaux region. The trip takes more than two hours on Saturday compared to usual.

However, calm should be back on Sunday. The day is classified in green for the entire territory except for the departments of the Mediterranean coast classified in orange.