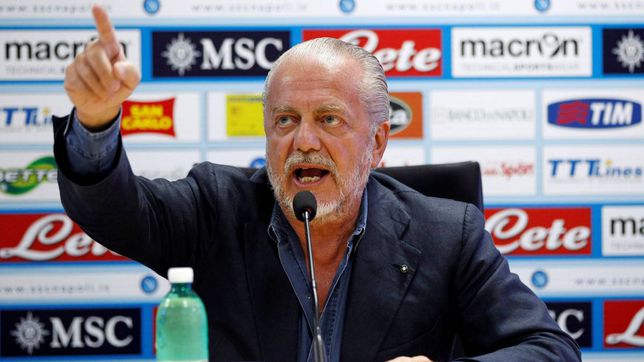 Before the CVC fund arrived in La Liga, an attempt at a similar operation caused a stir and controversy in Serie A. ‘La Repubblica’, on August 4, 2021, published “Spain has copied us” but the entry of funds into the Italian championship, in the end, did not take place.

Juventus, Inter, Naples, Lazio, Atalanta and Verona voted against after an agreement in principle and today, Aurelio De Laurentiis, revealed new details about those assemblies. The president of Napoli interviewed by ‘Report’, Italian state television program, spoke with his usual frankness: “I used Agnelli, I needed him to send the funds to hell, they were another bullshit.” According to the southern president, “the starving people of Serie A, for a piece of bread, were selling the next seven, eight years to a fund.” De Laurentiis never agreed: “I said, ‘Is everyone crazy? So I used Agnelli because, clearly, if he entered, the funds would not allow him to do the Super League. And he lashed out at the funds.”

The agreement for Calcio provided for the entry (with 10%) of the CVC, Advent and FSI funds in a media company that would have managed the audiovisual rights of the championship. The operation represented an income of 1,700 million euros and was considered closed in November 2020. Then the front of the opponents increased and ended up winning. With De Laurentiis at the helm.