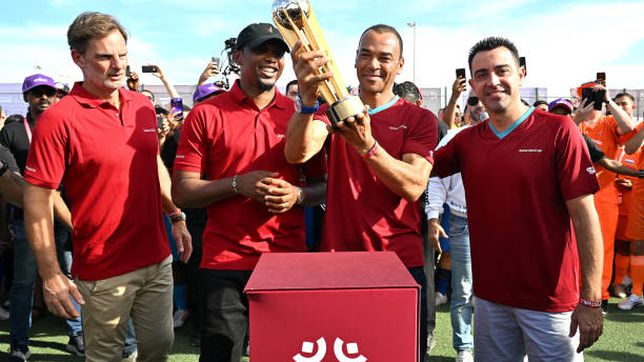 Ronald de Boer is one of the ambassadors of the Qatar World Cup and gave an interview to the organization in which he spoke of his favorites to lift the title: “For me, Brazil is the favorite to win this World Cup, and I think they showed why in their matches. I have seen the first game in France live and I also checked the ability of Kylian Mbappé and Ousmane Dembélé, who seem very strong”.

“But in the Euro Cup last year, Spain was the best football team for me, even if he didn’t win the trophy. Against Costa Rica, they showed their quality with the Barcelona style of play they use, where they don’t give you the ball as much as the opponent. These are the three main favorites for the World Cup, in my opinion”, qualified the former Barcelona attacker, who ended his career in the Qatari league.

Finally, De Boer spoke of the atmosphere that has been found in Doha: “I have met some Dutch people in Msheireb and they are enjoying it a lot. They said the atmosphere was awesome. That’s what I’ve already experienced, but it’s good to hear other people say it too. What has impressed me the most is the atmosphere in the stadiums, since everything has been very fluid”.