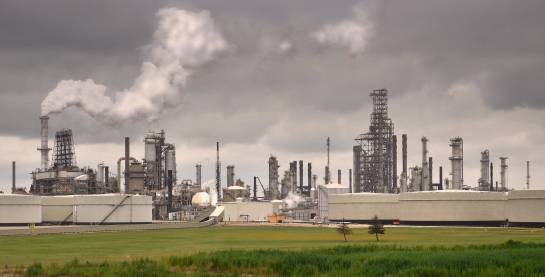 It is known that “Exxon knew” half a century ago about the threats of global warming (there are even several initiatives to denounce and investigate it), but now researchers from Harvard University (USA) and the Potsdam Institute for Climate Impact Research (Germany) put numbers to this statement.

In the first systematic assessment of the fossil fuel industry’s climate projections, they confirm what ExxonMobil – one of the world’s largest oil and gas companies – has known about climate science since the 1970s: that burning fossil fuels would cause global warming of about 0.20°C per decade.

The findings, published in the journal Science and synthesized in a graph with all the global warming projections released by researchers from the North American oil company between 1977 and 2003, they are based on statistical analysis of data never before revealed and hidden in the company’s own documents, as well as in scientific articles. of that time and later years. 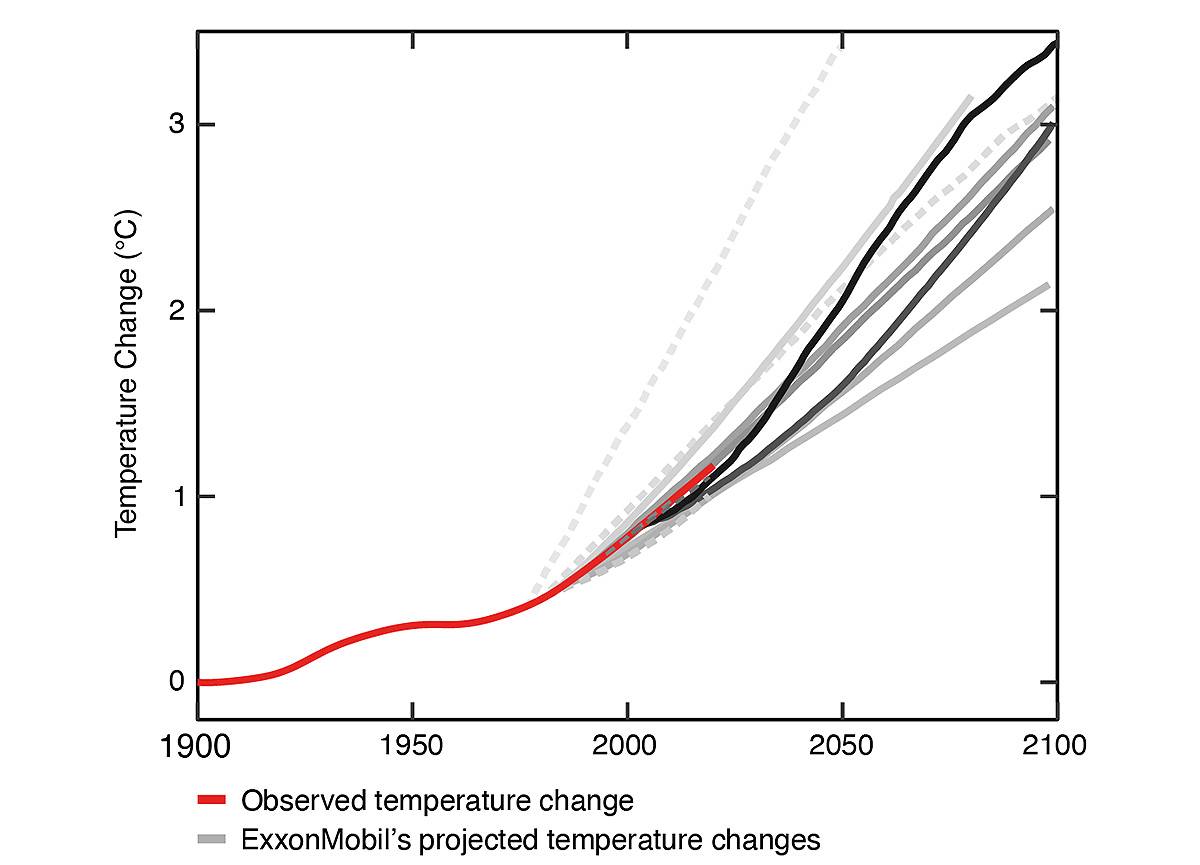 Diving into Exxon’s data, the study reveals that the company knew about the coming warming with astonishing accuracy. “Most of its predictions were consistent with observations made later,” the paper states, “and its projections were also consistent with, or at least as accurate as, those of independent academic and government models,” despite the oil company’s efforts to sow seeds. uncertainty and doubt.

Using statistical techniques established by the Intergovernmental Panel on Climate Change (IPCC), the study concludes that between 63% and 83% of global warming projections reported by ExxonMobil scientists matched later observed temperatures. Additionally, they had an average “skill score” of 72%.

ExxonMobil accurately predicted when human-caused global warming would first be detected, but its public statements contradict its own scientific data.

For comparison, the warming predictions of James Hansen, the NASA scientist who presented them to the US Congress in 1988, had scores ranging from 38% to 66%.

The study concludes that ExxonMobil “also correctly rejected the prospect of a coming ice age, accurately predicted when human-caused global warming would first be detected, and reasonably estimated the ‘carbon budget’ to keep warming below 2°C.” On each of these points, however, “the company’s public statements about climate science contradict its own scientific data.”

“As historians of science, we don’t use the word ‘lie’ lightly, because it implies intent, which is difficult to prove, and it suggests that the company never accurately represented reality, which is not exactly the case.” , explained to SINC the main author, Geoffrey Supran, associate professor at Harvard University and who, starting this year, will be at the University of Miami.

“What is true is that the company ‘fooled’ the public and policy makers about climate science and its implications”, he emphasizes. On this point, we are very explicit in our conclusions: the company has contributed precision, skill and discretion to climate science, while proclaiming doubts about that science.”

The company misled the public and politicians about climate science and its implications: it contributed precision, skill and discretion to that science, while proclaiming doubts about it.

Although the professor clarifies that this does not mean that ExxonMobil and other oil and gas companies have not explicitly lied on other occasions about climate change: “They have. as we report Naomi Oreskes and I don’t boston globeCEOs lied under oath before the US Congress about their record of public communications on climate change.

The nail in the coffin of the oil company’s claims

The authors note that their findings “support and add quantitative accuracy to the claims of academics, journalists, lawyers, politicians and others that ExxonMobil accurately anticipated the threat of man-made global warming, both prior to and in parallel with orchestrating campaigns. ” of pressure and propaganda to delay climate action and refute the exxon statements and their supporters that these allegations were incorrect.”

This corroborates claims by academics, journalists, lawyers, politicians and others that ExxonMobil accurately anticipated the threat of global warming.

“This is the nail in the coffin for ExxonMobil’s claims that they were falsely accused of climate irregularities,” says Supran, “Our analysis shows that their own data contradict their public statements, which included exaggerated uncertainties, criticizing climate models, mythologizing global cooling, and feigning ignorance about when – or if – human-caused global warming would be measurable, while remaining silent on the threat of fossil fuel assets”.

The professor tells SINC that he has not communicated his results to ExxonMobil because “it is not an academic practice to ask for their comments, as in journalism” and reiterates that this work can help inform the “increasing number of initiatives – including litigation, investigations and activism – demanding that the oil and gas industry be held accountable for its history of fraud and climate damage.”