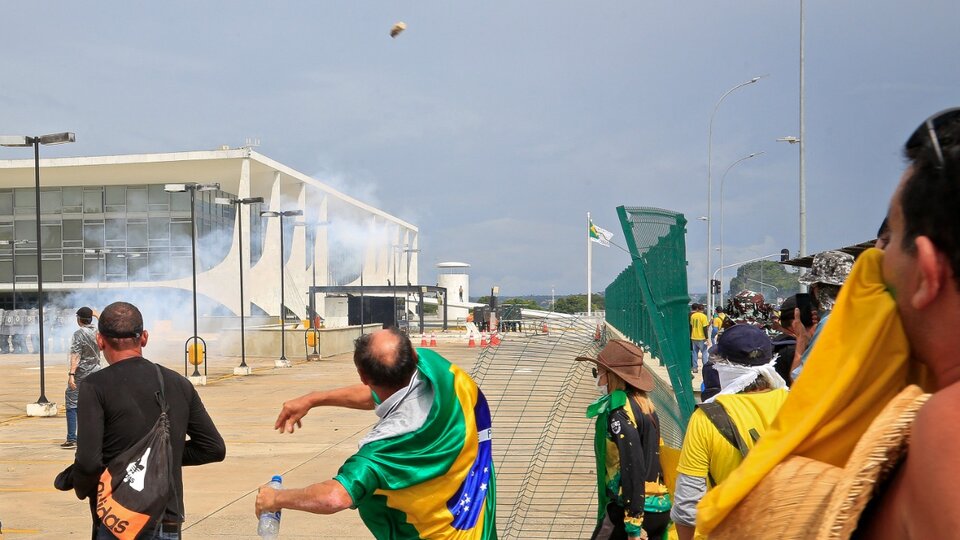 On Monday, January 9, after the attempted coup the day before, with the invasion and devastation of Congress, the Federal Supreme Court and the presidential palace, Lula da Silva had an emergency meeting with the three commanders of the Armed Forces appointed by him. days before.

Lula was especially harsh when criticizing members of the Army, the Navy and the Air Force, both retired and active, who participated in the rebellion or ignored its preparation.

The president was clear when he stated that there would be an intense action by the Justice against the invaders of the buildings of the three powers, as well as against the organizers and financiers of the attempted coup.

Last Friday, January 20, there was a second meeting between the president and the three commanders of the Armed Forces. Between one meeting and another, Justice showed efficiency and unusual speed. More than 1,800 people were detained and 400 were later released with serious restrictions, such as the use of electronic anklets and a ban on participating in social networks.

In addition, a trial was opened against more than 800 of the assailants and the Federal Police continues to search and apprehend suspects, both for participating in and financing acts of violence.

The meeting last Friday had, among other intentions, to show that, despite the president’s criticism, there is fluidity between Lula and the Armed Forces: a tough task.

After the second meeting, Defense Minister José Mucio Monteiro spoke to the press. He said and reiterated that at the meeting, the only issue discussed was how to intensify “investments in the Defense industry.” He said that, in addition to the three military chiefs, five businessmen participated, among them Josué Alencar, president of the very powerful Fiesp (Federation of São Paulo Industries), who brought proposals on how the government can invest in the defense industry to generate jobs. , new technologies, exports and save foreign currency.

Asked about the punishment of the military who participated in the coup attempt, Mucio was concise: he said that the issue was not dealt with because it is in the hands of Justice and not the government. He reiterated that the objective of the meeting was to reduce “spaces of tension.”

He also clarified that the military knows that when there is verification of participation in the attempted coup by uniformed officers –both active and retired– there will be punishment from the Justice. What he did not say is that there is already evidence that at least eight active soldiers who held positions very close to Bolsonaro participated in the camp set up by far-rightists at the door of the Army headquarters in Brasilia. Hundreds of invaders from the headquarters of the three powers came out of that camp.

Other soldiers installed in the Institutional Security Cabinet –responsible for protecting the president’s public assets and security– participated in WhatsApp groups sharing anti-democratic messages and threats against Lula.

Mucio also did not refer to something that is widely known: the deep infiltration of the barracks, especially the Army, by followers of the far-right Bolsonaro, who remains a refugee in Orlando, Florida.

Since he assumed the presidency on the first day of 2023, Lula has already expunged more than seven thousand soldiers, both active and retired, that his predecessor had scattered throughout the government. They were replaced by civil servants of the public career. But there are still another 23,000 left who will lose all the financial benefits that Bolsonaro gave them.

Other victims are senior retired officials who earned oceans of money working as intermediaries between companies and the military in key posts in the previous government. Now they will have to negotiate — or try to — with civilians, career civil servants, and non-military infiltrators.

The apparent calm between Lula and the Armed Forces does not walk on solid ground: it floats in the air. And in that air you can see threatening gales. Lula has given, for years, ample evidence that she knows how to negotiate precisely to avoid storms. Hopefully I haven’t lost my hand.