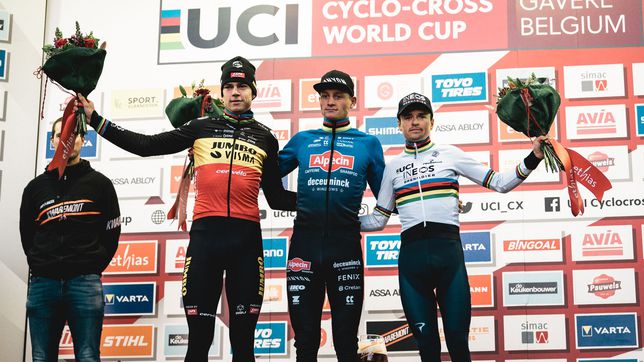 One of the great novelties of this season is the world of cyclocross is the thirteenth round of the calendar. A week after the national championships (which left the title for Felipe Orts in men and Lucía González in women), the great international stars of this discipline return to Spain. After almost twelve years of absence (since Igorre, in 2011), The UCI World Cup returns to our country in Benidorm this Sunday, January 22.

The circuit on which the Cyclocross World Cup – Benidorm Costa Blanca will be held will have two competition areas completely differentiated. As soon as you leave, The peloton will enter Parque de Foietes, an urban park area in which, thanks to the many slopes and grass areas that already exist, it has been possible to create some passages of great technical difficulty. From there, where the pit area will also be located, the cyclists will face a phase of pure strength in which they will have to overcome a significant difference in level to fully enter the El Moralet Park, a lush and demanding Mediterranean forest in which they will have to show off not only the strength of their legs, but also of all its technical capacity.

There will be the three big stars of cyclocross today: Wout van Aert, Mathieu van der Poel and Tom Pidcock. For the latter, it will be the race that closes his winter on the mud, since after Benidorm he will focus on the road and will not defend his 2022 world title at the beginning of February, so it will also be his last day in competition with the rainbow jersey . Other big stars will be the Belgian Eli Iserbyt, Laurens Sweeck and Michael Vanthourenhout and the Dutch Laars van der Haar. In Spanish key, Felipe Orts will be the great exponent.