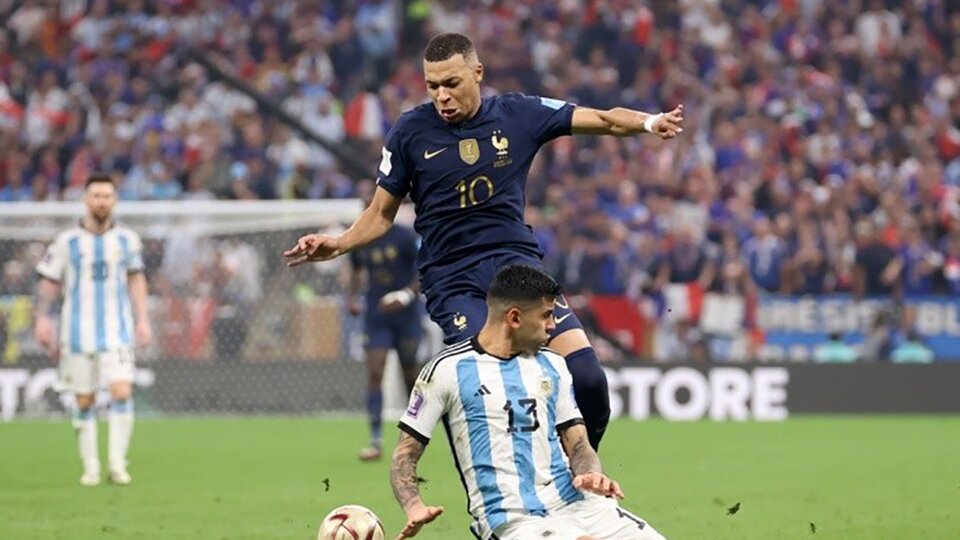 Cristian “Cuti” Romero, defender of the Argentine national team, revealed that he yelled the goal “in the face” of Kylian Mbappé because he “treated Enzo Fernández badly” during the final of the Qatar 2022 World Cup.

One month after the historic definition of the World Cup, the Cordovan told the reason for the cry of the third goal in the face of the French striker, author of a hat-trick. “It seems that Argentines are always the bad guys, but He had given me a lot of anger because Enzo went to talk to him and (Mbappé) treated him very badly, he made me angry.”detailed the “Cuti” in an interview with D Sports radio, to add: “Leo just scored the goal and I celebrated in his face”.

Romero admitted that “It wasn’t a good example.” but he remarked that with time it will be “a nice memory” of the match played at the Lusail stadium, on December 18.

The Cordoba defender of Tottenham in England also said that he sees “every day” the final against France, but that the game that suffered the most was against the Netherlands, since he had to be replaced just before the tie that led the game to extra time.

“I watch the final every day and I enjoy it to the fullest. Now that several weeks have passed, the record begins to fall more. What we achieved is crazy”valued the former defender of Belgrano de Córdoba.

Regarding the participation of Lionel Messi and what it meant for him to have achieved the world title after so many blows, Rosemary it was blunt. “We know what it stands for. For me and for many it is the best ever. He has a simplicity and humility that makes him even greater,” he said.

The defender also referred to the continuity of the coaching staff headed by Lionel Scaloni, whom he described as “the best coach”. “If it’s for me, let him sign for life. He’s the best coach and we’re to the death with him. We want La Scaloneta to continue and if necessary, we are going to tie it to the property,” he joked.