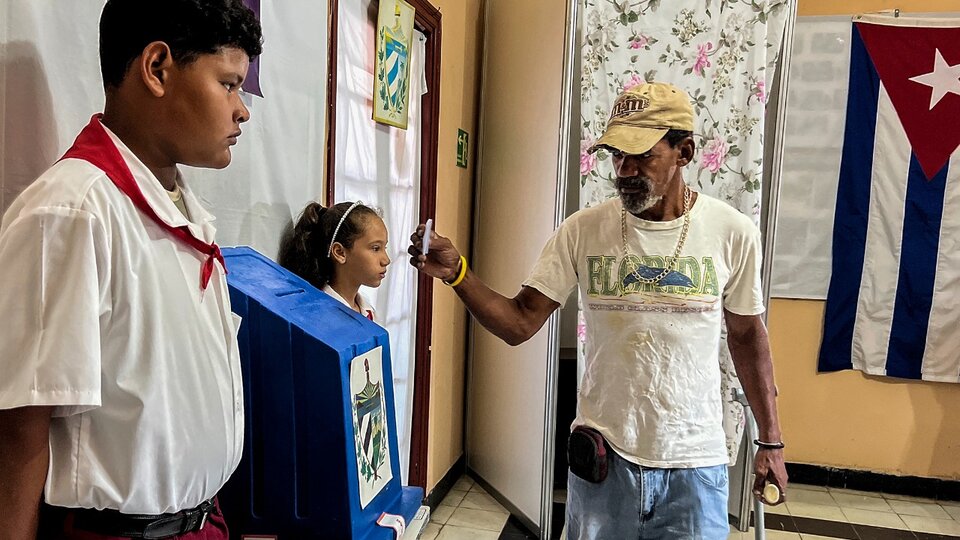 something more than 5.7 million Cubans voted on Sunday in the municipal electionsa participation of 68.58%, the lowest percentage since 1976preliminarily reported this Monday the president of the National Electoral Council, Alina Balseiro.

In a press conference broadcast on television, Balseiro affirmed that “the results of this election day demonstrate the support of our people for their popular representatives and the confidence in their revolution.”

Nevertheless, participation results obtained so far, the final ones will take about 48 more hours, they are the lowest since 1976, when the electoral system came into force.

In October, a new Family Code was voted in a referendum with the participation of 74.12% of the electoral census, the lowest recorded turnout in a vote on the island.

The opposition called for abstentionism Given the impossibility of competing with the candidates favorable to the government and the Communist Party (sole), which does not postulate, but supervises the elections. The votes were to elect 12,427 municipal delegates (councillors), in the country of 11 million inhabitants.

According to Balseiro, “the elections took place as planned, calmly, organized, disciplined and in compliance with the law.” The electoral president informed that of the ballots deposited in the polls, 89.11% are valid, 5.22% were blank and 5.07% were cancelled. Blank ballots or with slogans and slogans contrary to the government, which are annulled, are other weapons used by the opposition.

Balseiro explained that 11,502 delegates were elected on Sunday. The other 925 positions will be elected in the second round next Sunday, December 4, since none of the candidates obtained more than 50% of the votes.

These elections begin an electoral process that will continue with the renewal of Parliament and will culminate in the presidential election in 2023.

The councilors will form the municipal governments and will propose in 2023 from among them 50% of the candidates for the national Parliament. The other half will be proposed by a commission made up of social organizations close to the government.

The Parliament, in turn, will propose the candidacies to integrate the Council of State and for the presidency, which is for periods of five years with the option of re-election.