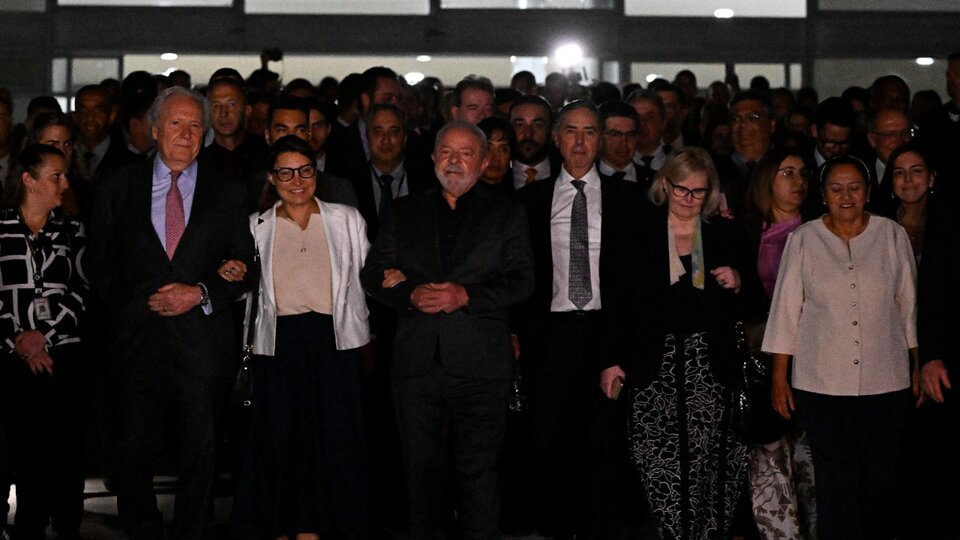 Six years ago, the president of Brazil, Dilma Rousseff, was overthrown in a coup. The political trial orchestrated against him involved all the powers of the Brazilian republic, under the command of then-Vice President Michel Temer, who during his illegitimate presidency would begin a dark period of neoliberal subjugation. Exchanges of leaked messages published by the press at the time showed that the collusion against Dilma was carried out even with the participation of the Supreme Court ministers.

During the session that deposed her in Congress, the then extremist federal deputy Jair Bolsonaro, by voting in favor of impeachment, paid tribute to Colonel Brilhante Ustra, torturer of the Brazilian army and author of a historical review book in defense of the dictatorship military man. Between that vote by Bolsonaro and the invasion of the buildings of the three Brazilian powers, we are experiencing a period of permanent attacks on democracy, under the leadership of who would be president of the republic and, defeated by the people, continues from Miami, United States , destabilizing the directions of the country.

This information is important for us to understand that the scenes we saw last Sunday, of the angry mob of extremists destroying the symbols of the homeland and literally defecating in the institutions, are hyperbole of a process that did not start yesterday. On the contrary, they can be interpreted as the violent beating of a coup that occurred years ago.

This coup, whose purpose was to break the hegemony of the Workers’ Party in the presidency, would not have taken place without the help of other actors who must also be held accountable at this time of crisis. They are the then judge Sergio Moro, now a senator for a right-wing party; the then prosecutor, Deltan Dallagnol, now a federal deputy for the same right-wing party; a group of generals who left the barracks to act politically, under the leadership of General Heleno; the national mainstream media, the intriguing US social media platforms, and the thanks of the global far right. The 2016 coup, undemocratic like any coup, landed Lula in prison, encouraged the assassination of Marielle Franco, and cornered left-wing forces and defenders of democracy for years.

A new and important fact, however, is the start of the kickback.

It begins with the electoral victory of Lula and his broad front for democracy, in the closest presidential runoff in our fragile democratic history. Fast forward to the impressive inauguration ceremony, in Brasilia, just over a week ago, when the president received the legitimate presidential sash from the hands of our working people (a child, an indigenous person, a disabled person, and a black woman); and culminates with the descent of the Planalto Palace ramp, on Monday, January 9, after holding a meeting attended by the presidents of the other powers (Chamber, Senate and Federal Supreme Court) and the governors of the 27 states with the aim of strengthening democracy.

Lula, who summoned a crowd to climb with him to the ramp of the palace, lowered it, one day after the chaos took hold of the country, accompanied by all the institutional forces of the country, even flanked by elected politicians with the support of Bolsonaro. Arm in arm with the president of the STF, Rosa Weber, he paraded through Praça dos Três Poderes with his head held high. In his speech he emphatically stated that the coup leaders will feel the heavy hand of the law and will pay for the repeated attacks on democracy.

With these precise movements, Lula not only assumes the responsibility of articulating the counterattack in the face of Sunday’s episodes, but also puts himself in an attacking position to do justice to the madness that the 2016 coup brought. For this, he has had the essential support from the minister of the Superior Court of Justice, Alexandre de Morares, whose tireless work in defense of democracy has enervated the Bolsonaristas, especially their leader who is no longer here today.

Winner of the 2002, 2006 and 2022 elections, Lula once again demonstrated the statesman he is, the only one capable of leading Brazil towards a potential democratic pacification. The task, however, will not be easy. The Atlas opinion poll released this week says that around 20 percent of Brazilians are in favor of cowardly acts of destruction. It is a minority, without a doubt, but ready for anything. Hence the importance of the exemplary reaction, which has already resulted in the arrest of more than 500 people. The investigations also extend to the financiers of the events, and Justice Minister Flávio Dino has already indicated that the majority are from the southern and central-western states of Brazil, states where Bolsonaro won last year’s elections. On the list are probably businessmen, politicians and right-wing parties, such as Bolsonaro’s PL.

It is worth noting that the survey points to the magnitude of the Brazilian democratic deficit. By ears, 39.7 percent believe that “Lula did not win” the elections, a similar number (36.8 percent) to those who say they are “in favor of military intervention.” Dictatorship and authoritarianism, so well embodied by Bolsonaro and which took shape after the 2016 coup, continue to lurk. In Brazilian civil society, on the other hand, the “No Amnesty” movement is now appearing, whose mission is to make the country move forward without leaving behind the necessary justice against those who want to hijack our future.

Failure in the Asian Cup and the T20 World Cup, know how Babar Azam became the best cricketer again