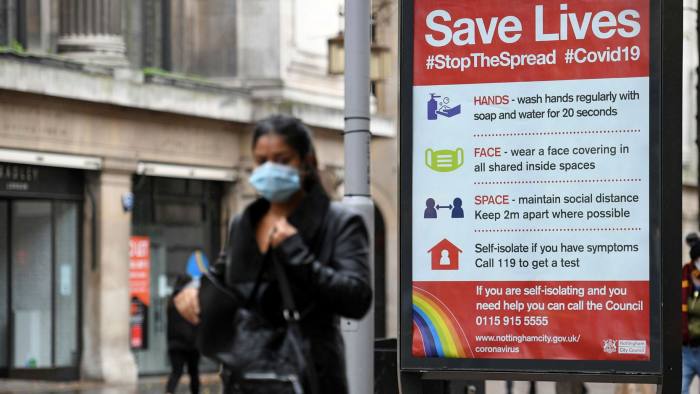 In December, one in eight people was infected with the new coronavirus in England. This is a clear increase from the previous month (1 in 11), as reported in an official study released on Tuesday, January 19. According to the Office for National Statistics, ONS, 1 in ten people in Wales, 1 in 13 in Northern Ireland and 1 in 11 in Scotland had also contractedCovid-19 in December.

The study is based on antibody tests performed at random in the population and therefore also allows identify of  asymptomatic people, and not just those with a positive result. The United Kingdom is currently hit by a third wave of the virus, the most deadly. The country deplores the death of 91,470 people, after recording a 1,610 additional deaths within 24 hours, according to an official report, the worst in Europe, published Tuesday. The number of positive cases is also close to 3.5 million.

In view of the strong spread of the virus, attributed to a new strain considered highly contagious that appeared in the UK, the different constituent nations decided to reconfigure and close schools, with different schedules, each one deciding their crisis strategy. In Scotland, although restrictions “Are starting to have an impact” in terms of reducing the number of cases, this confinement initially expected to last until the end of January will remain in place “at least until mid-February”, Prime Minister Nicola Sturgeon announced on Tuesday. “Any relaxation of restraint while the number of cases remains very high, even if it is decreasing, could quickly reverse the situation”, she warned.

In England, the most populous with 56 million peoples, restrictions are planned to may remain in effect until March 31, but a review is scheduled for mid-February. According to ONS, overall mortality in the first week of January was 45.8% higher than the average for the past five years in England and Wales. The agency warned, however, that the data may be distorted for delays in registering deaths during the Christmas vacation period.

London, particularly affected by the last wave, registered an almost 85% increase in the number of deaths compared to the average recorded in the same week for the past five years. Health Minister Matt Hancock, who contracted Covid-19 last year, announced on Twitter on Tuesday that he would observe a quarantine period until Sunday after possible contact with an infected person.