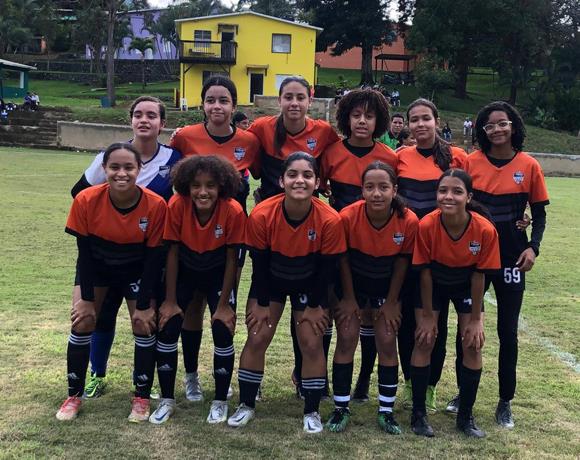 The National Tournament of Women’s U16 Clubs of the Dominican Football Federation celebrated this Saturday, January 14, the six matches corresponding to the seventh day of its regular round.

Club 5 de Abril, Santo Domingo FC and the Liga Azuana de Fútbol won for the South-East, while Atlántico, Cibao and San José de Villa did the same for the North.

In the Northern Region, San José de Villa FC 01 defeated Livefut Academia 2-0 as a visitor at the Don Bosco Soccer Field in Moca, the goals were the work of Alejandra Díaz at 10 minutes and Yesmerlin Álvarez at 76 minutes.

Another of the visitors that won the victory was Cibao FC, beating the A4 Sports Club team three by one at the El Arka Complex in Jarabacoa. Marcela Zimbro opened the account at 21′ and Giocarla Durán scored at 35′ and 52′ to complete the orange goals, while Diolvelis Rodríguez scored the only goal for the defeated.

Atlántico FC was the only host to obtain all three points by beating San Francisco FC 3-0 at the Leonel Plácido Stadium in Puerto Plata. Génesis Álvarez was present on a couple of occasions (21′, 48′) and Edelin Alisir at 33′ were the goalscorers for the Puerto Plata team.

After seven dates, the Northern classification maintains Cibao FC as the leader with 18 points, San José de Villa FC 01 is second (14), Atlántico FC rose to third place (10), Livefut Academia is fourth (8), A4 Sports Club is fifth (7) and closes San Francisco FC without adding units. It should be noted that Atlántico and Cibao have a pending match.

The Liga Azuana de Fútbol took a great six-nil victory against EF Jean Anubi at the La Manicera Complex in El Seibo, a match in which Yriana Santana stood out with a hat-trick (32′, 50′ and 52′), Nora Carrasco contributed a brace (68′ and 72′) and Yomairi Morón completed the win with his goal (68′).

After these results, Club 5 de Abril leads the standings in the South-East with 17 points, Santo Domingo FC escorts them (14), Liga Azuana de Fútbol is third (14), EF Jean Anubi is fourth (6). , Atlético Los Villanos is in the fifth box (3) and Ondina FC is last without points.

Next weekend the eighth day of the U16 Women’s National Club Tournament will be taking place.

Underwater noise is a threat to marine life