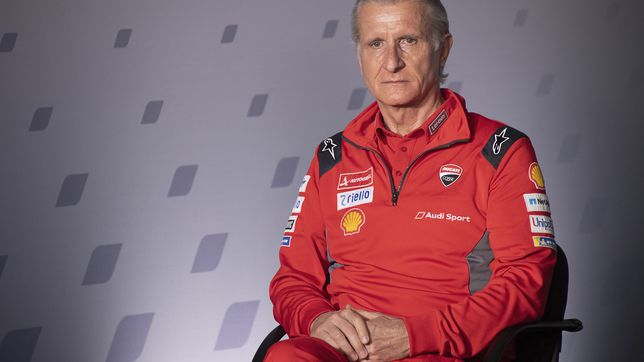 Paul Ciabattisports director of ducatigo, like the entire Italian factory, congratulations and full hangover after the double of MotoGP Y superbike. A dominance in the two championships that has elevated the house of Borgo Panigale, although the success of now comes, as he himself admits, from the difficulties and work of the past. “I returned to Ducati in 2013 and that was the most difficult moment,” says the leader in an interview with gpone.

“Within me was the awareness that we were about to hit a wall, we needed a radical change. We were against a rock and a hard place and so I told domenicali”, explains Ciabatti, recalling those times at Ducati in which Rossi had just left the red bike after two discreet years.

One of the first steps was to surround himself with trusted people and in 2014 he entered the scene Gigi Dall’Igna who lands in Ducati from Aprilia. “I remember that in the 2013 Brno race I asked him ‘what are you waiting for to come?’. With it came an obvious renewal and today we celebrate the MotoGP and Superbike world championships ”, he indicates.

With the landing of the person in charge of the Desmosedici, it was necessary to put the red motorcycle in the right hands, and Ciabatti assures that the option of marquez It was never close: “We never seriously tried it, it was just fumbling around. Instead if we went for Maverick vinalesbut he didn’t want to.”

And looking to the coming years, the Ducati sports director assures that from now on the mission is to “devote oneself completely to Borgo Panigale and lay the foundations for the future with the aim of giving the best to Ducati”.