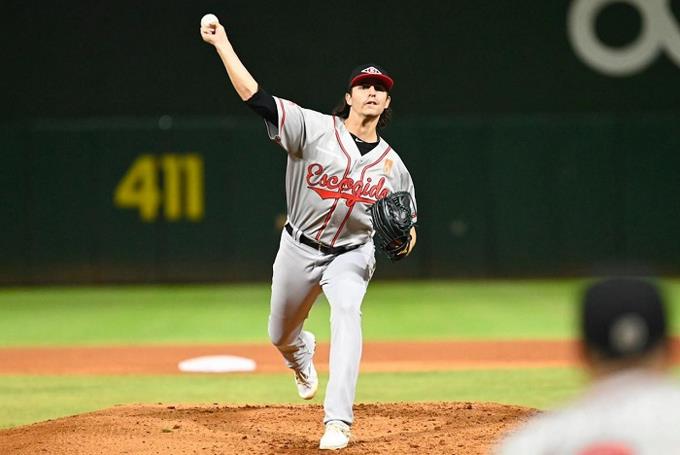 Solid pitching work by Brent Honeywell Jr. and a four-touchdown rally in the same first inning led the Leones del Escogido to their second straight win over the Tigres del Licey, this time 5-3, in a match held at the stadium Quisqueya Juan Marichal.

The long-haired opened the game by attacking the starter for the Blues, Albert Abreu (0-1), who ended up losing the match by allowing four rounds in just one third.

Joseph Rosa was the first to connect unstoppable, directing the ball to the right field, followed by a walk to Franmil Reyes. With Rosa at second, a Robert Neustrom hit to right field brought up the first scarlet streak, on a play that moved Reyes to third base from where he scored on Abreu’s illegal move, which in turn moved Neustrom to second. An error by third baseman Dawel Lugo on a drive by Sandro Fabián and a steal by Neustrom put runners on the corners.

An indisputable Pedro Severino to the left field brought Neustrom to the plate with the number three of the visitors, moving Fabián to third base, from where he entered the race with a sacrifice fly to the center by Nick Franklin against Ulises Joaquín, who he had come in to pitch.

In the fourth act, Franklin’s solo home run to right field against Carlos Contreras marked the fifth for the pickers.

The reds’ lead was preserved for five innings thanks to the introduction of Honeywell Jr. (1-0), who in that span allowed just one hit, struck out three and walked one to clinch the win.

The three runs for the locals were produced in the sixth against Emmanuel Ramírez with a home run by Ronny Mauricio to right field, which also led two other teammates to the register.

From now on, the Chosen One retired all the batters they faced thanks to the performances of Brian Moran (0.2), Steven Cruz (1.0), Jesús Liranzo (1.0) and Gerson Bautista (1.0), the latter obtaining his fourth save. of the season by throwing the ninth.

The win is the scarlet’s third in four games, bringing their record to 13-24, keeping them in contention for playoff qualification. Licey has a 23-13 record.