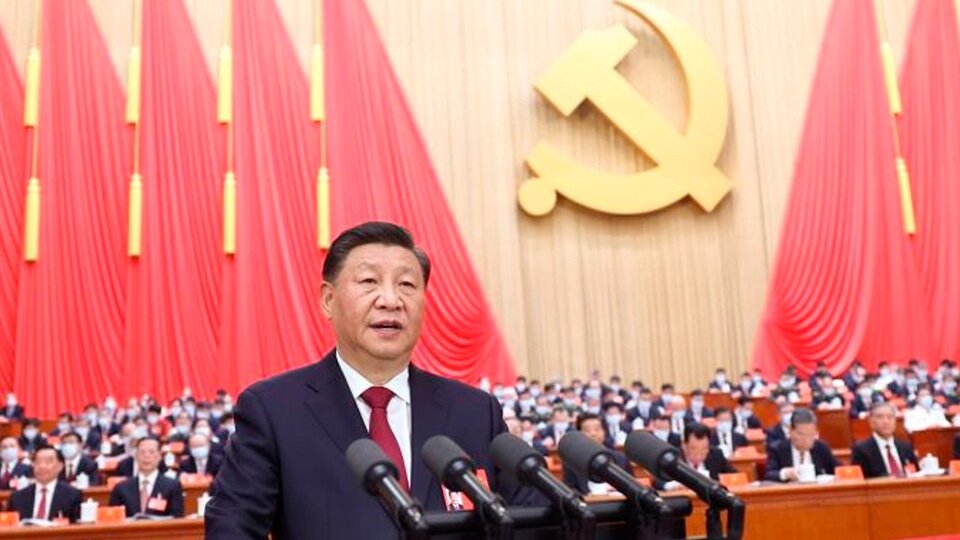 At the 20th National Congress of the Communist Party of China that ended a few months ago, the General Secretary of the People’s Republic of China Xi Jinping once again warned the nearly 100 million members of the Communist Party that they should keep a clear mind, never forget the objective of leading an exemplary life for his people and continuing to deepen in reform and opening up to realize the “Chinese Dream”. To this end, they always have to be prepared to “fight” (dòu zhēnɡ) against internal and external forces that hinder China’s reform and opening up.

It should be noted that “fight” (dòu zhēnɡ) is not a new word. It first appeared in Han Feizi Xianxue over 2,000 years ago, and it has continued to be used as a traditional Chinese word. “Fight” (dòu zhēnɡ) does not mean inciting conflict, nor looking for an enemy, but represents a courageous attitude, confidence and spirit to face risks and overcome difficulties in order to achieve victory (Win). It is not only a state or an ideological preparation, but also a behavioral process to find ways to solve the problems faced. The term “fight” (dòu zhēnɡ) has a meaning that is more dynamic and enduring than the word “compete”- Furthermore, it better reflects the desire and courage that mere competition does not have. The term incorporates Chinese cultural characteristics in line with the context of Chinese discourse.

In the face of resistance to further reform and innovation, one should always be alert and fully prepared to discover and analyze existing risks in order to find solutions that are effective and systematically solve the difficulties and problems that interfere with sustainable development. For example, you need to keep at all times the “fight” against the various forces that obstruct and deteriorate the improvement of the Chinese economic system. It is also necessary to prepare to fight corruption in the long term and in a sustained manner to prevent groups with corrupt interests from undermining the current system in order to prevent loss of equity and social justice. Over the past five years, China’s discipline supervision and inspection bodies have investigated and punished more than 74,000 leading cadres suspected of either corruption or bribery.

At the same time, China has won a comprehensive victory in poverty alleviation, and nearly 100 million Chinese people have been lifted out of poverty by 2021. This is the result of the Chinese people’s long-term “struggle” against poverty, and the achievement of the poverty reduction goal of the United Nations 2030 Agenda for Sustainable Development has been completed 10 years ahead of schedule. Of course, China will continue to reform the rural world and strive to provide 510 million people with a dignified society with a good standard of living. At the same time, China will continue to “fight” unemployment, reform and innovate the employment system, creating jobs and improving the labor market system to fit the needs of the modern economy.

Closely following the global trend of ecological and sustainable development, governments and individuals in 2023 must not only “fight” against behaviors that harm the environment, but also “fight” against obsolete modes of production and lifestyles that hinder the green transition, with the aim of promoting the implementation of an efficient strategy to “reach peak carbon dioxide emissions and carbon neutrality” in order to promote high-quality development in the economy and society from China.

China continues to work on the reform of the business environment, in the context of a global market and “fighting” against the forces that hinder the optimization of the business environment. The reform strengthens unity and continues to innovate and transform government functions oriented to services adapted to the modern market economy. As of the end of August 2022, the total number of market entities in China has reached a historic breakthrough, with 163 million registered market entities, compared with 55 million 10 years ago.

Despite dual unfavorable factors, such as the global energy crisis caused by the ongoing war in Ukraine and the global COVID-19 pandemic, China will maintain close relations with other countries and expand its opening up. In this regard, China is ready to promote openness to the outside world at a high level, constantly pushing for national reform. Facing some current resistance against the globalization process in the international community, China has responded actively, doing a good job of “fighting” (dòu zhēnɡ) with other countries to jointly push globalization. In the future, China will continue to cooperate with other countries to promote the recovery and development of the world economy and jointly solve the challenges of poverty and health within the existing framework of the United Nations, with the intention of achieving peaceful cooperation. based on mutual benefit, promoting the ecological and sustainable development of the global economy and society.

James Neesham jumped several meters high in the air to catch the catch, watch the video and you will be amazed!