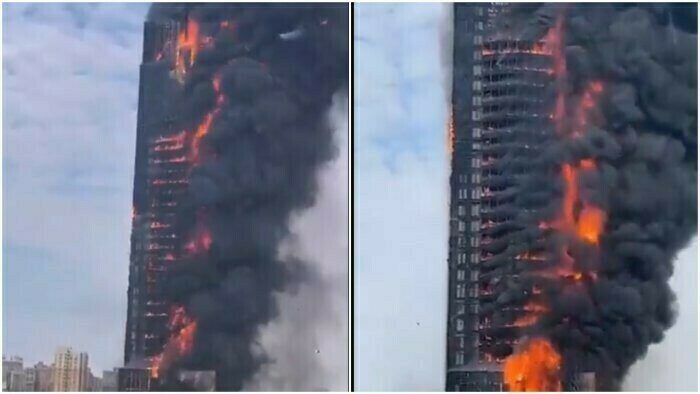 China: A terrible fire in a 42-story skyscraper

A very dangerous fire engulfed a skyscraper in the city of Changsha, China.

Officials say that the flames have been brought under control and no casualties have been reported.

According to state media, the building was completed in 2000 and is located near a major ring road in Changsha, the capital city of south-central China’s Hunan province with a population of 10 million.

According to the news agency AFP, the state-owned telecommunications company China Telecom confirmed the incident and said that no casualties have been reported yet and communication links have not been disrupted.