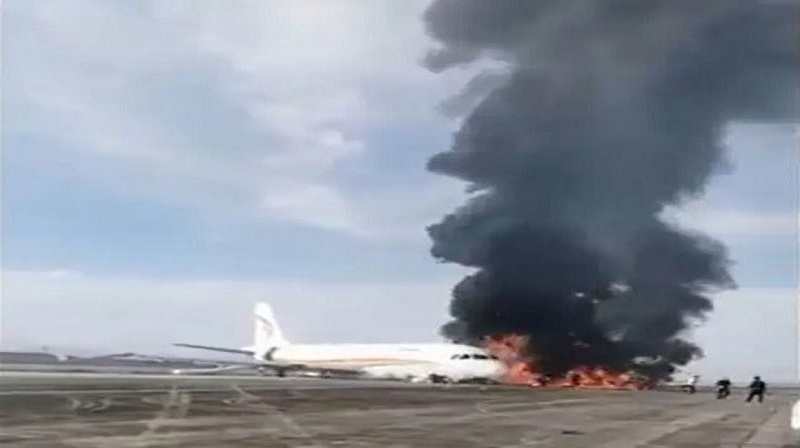 Dozens of people were injured when a passenger plane ready to take off in China caught fire.

According to the foreign news agency, a plane flying from the Chinese city of Chongqing to the Tibetan capital Naing Chi caught fire while it was still flying. The crew stopped the take off as soon as they noticed something was wrong with the plane.

The airline says there were 113 passengers and nine crew members on board at the time of the crash. Thirty-six people were injured in the crash, but suffered minor injuries.

Breaking: A plane is on fire on the runway of Chongqing Jiangbei Airport in Chongqing, China. pic.twitter.com/H5GFCFjfee

According to the state news agency, several people were injured in the accident but their number has not been determined. The runway was also closed a minute after the crash.

It should be noted that a plane had also crashed in China on March 21, as a result of which 132 people were killed. The cause of the accident has not yet been determined.

Two soldiers die in an operation against smuggling in Bolivia

Colombia in tension one week before the presidential elections