Chimpanzees use stone nutcrackers that identify their culture

Researchers have identified a variety of stone tools used to crack different species of nuts.

During fieldwork to document the use of stone tools by a group of wild chimpanzees in the Taï forest of Côte d’Ivoire in early 2022, researchers identified and 3D scanned a variety of stone tools. stone used to crack different species of nuts. The result of your work was published in the Royal Society Open Science. 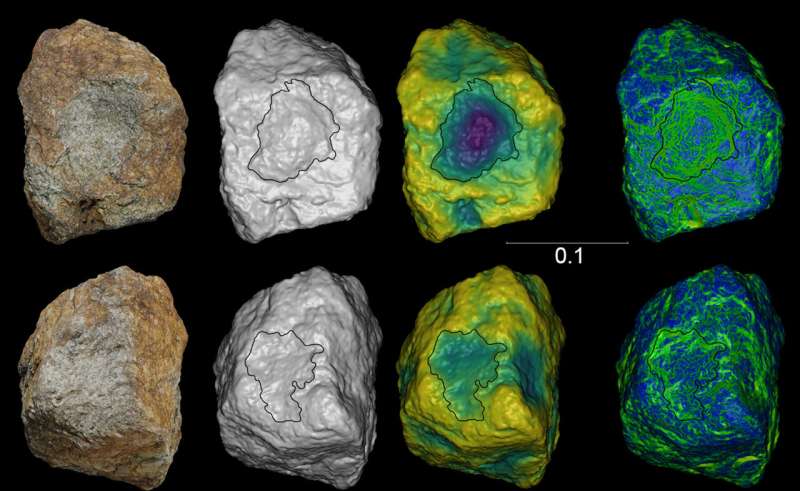 It has long been shown that chimpanzees use wooden and stone tools and that they have developed a culture around their use, that is, one that spreads from one generation to the next. However, only a few groups in West Africa use stone tools to crack nuts. By comparing 3D models of different stone tools used by chimpanzees in the Taï forest with those of another group in Guinea, the researchers showed that there are notable differences between the two groups in terms of material culture.

The study shows that this particular group of Guinean chimpanzees uses stone hammers that vary in stone type and size, and very large stone anvils, sometimes more than a meter long. These durable stone tools are scattered across the landscape; they retain different marks related to their use and represent a lasting record of chimpanzee behaviors.

This study highlights the fact that while various groups of chimpanzees use tools to crack nuts, the tools they use can differ significantly from one another, leading to a group-specific ‘signature’, just as stone tools allow for different identification. primitive human cultures. In chimpanzees, these differences are due to a combination of stone choice, its availability in the environment, and the species of nuts they consume.

Previous research has shown that, through the use of stone tools, some groups of chimpanzees develop their own archaeological record that is at least 4,300 years old. These regional differences in primate stone tool culture open up an interesting field of primate archaeological studies.

It is assumed that a simple technology such as the cracking of walnuts was the precursor to more complex stone technologies during the early stages of human evolution, more than three million years ago. Studying chimpanzee tools can shed light on many things about our own history.

Deep-dive: What is the real state of the Ripple lawsuit?

Aaron Judge’s contract would be for nine years