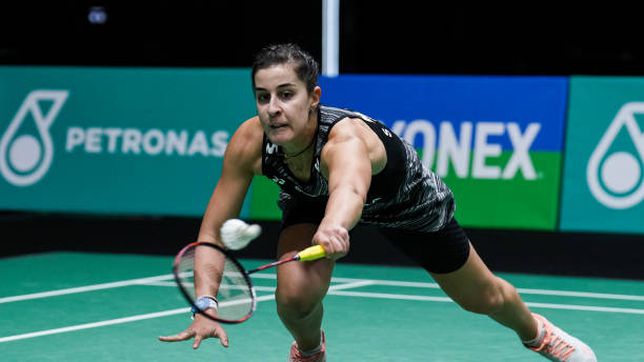 Carolina Marín’s adventure at the Malaysian Open, the first badminton Grand Slam in 2023, came to an end in the quarterfinals of the tournament. A brave Carolina Marín fought but could not reach the semifinals of her first tournament in this 2023 after losing to the Chinese Yu Fei Chen by 21-18 and 21-19 in a very even match that left after 57 minutes. Despite the fact that the Huelva player had a favorable balance against Chen (3-2), it was the Chinese player who was more accurate in the decisive moments of the match.

The match started very well for Carolina Marín, who took the initiative on the scoreboard in the first points with a 0-4 start and who even managed to maintain this lead well into the match (6-10). However, two almost consecutive 4-0 runs by Chen allowed him to turn the score around and even enjoy up to a 5-point lead on the scoreboard (18-13). ‘Caro’ reacted with a 0-4 run, getting to just one point (18-17), but Chen did not fail on the second chance he had to close the set to win the first set 21-18.

In the second set Carolina Marín once again had a great start with advantages of up to three points (1-4). However, four points in a row from Chen put the Chinese ahead before going into moments in which Marín responded quickly to each point from Chen (9-8). A 0-4 run in favor of Huelva was managed by Chen to equalize to go back ahead on the scoreboard while Marín tied the game again after each point from Chen (16-16). ‘Caro’ had his options to force the third set after reaching 18-17 and 19 equal, but Chen got the two points he needed to close the set and an agonizing 21-19 match against a Carolina Marín who, Despite the defeat, she has shown that, once again, she can stand up to the best in the world after the ordeal of her injuries.