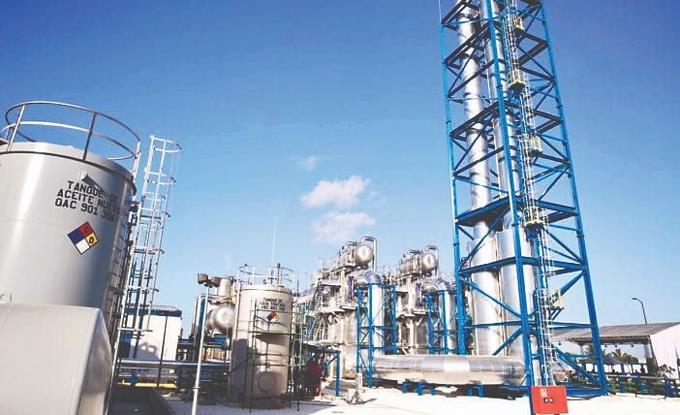 Rolando González Bunster, president of the Punta Cana Macao Energy ConsortiumSA (CEPM), revealed that the company will invest more than US$1,000 million in the tourist area of operation, in the East of the country, with the purpose of contributing to increase the use of clean energy.

The president of CEPM said that the project is called CEPM Zero and will take six years to complete.

He recalled that in Fitur 2022 it was announced CEPM Zero, which is an initiative dating from CP 26, in Scotland, whose objective is to eliminate the risk and volatility of fossil fuels from the generator’s electricity rate, in addition to achieving clean energy in the area with the greatest tourist boom in the Dominican Republic.

Why do we do this?, asked the president of the CEPM when giving as an answer that In the years that remain useful, he wants to leave as a legacy a small footprint of having done something significant for the environment.

CEPM is located in the tourist area that goes from Juanillo to Miches and, as he explained, it is full of natural beauties, lakes, mangroves, rivers and beaches “and for us it is of the utmost importance that there is no fossil energy pollution”. He maintained that the commitment made last year will be fulfilled in its entirety in the next six years.

The businessman stressed that it is an investment of more than US$1,000 million, to create a plant of more than 700 megawatts of renewable energy (solar, wind and hydraulic pumping).

González Bunster spoke during a space at the gala dinner offered by the Banco Popular Dominicana to its clients, investors, diplomats, officials and representatives of the media who participated in the International Tourism Fair (Fitur 2023) at the Palacio de Cibeles, In Madrid Spain.

The businessman explained that Hydraulic pumping energy allows, with surpluses of renewable energy, to be able to pump water 350 meters high“that at night we lower it and we turbine it and we have a kind of giant 80 megawatt battery.”

Additionally, CEPM will work with green hydrogen in the future, through a process with the company’s modern power plants.

“It’s a commitment and even if I have to sell everything I have, I’m going to do it,” said González Bunster. He claimed that in addition to committing to President Luis Abinader and Prince Charles, when he made the announcement at Cop 26, and who is currently King of Englandthere is a commitment from Bank of America to help with the financing.

He projected that this will be a unique work in the region of the Americas and perhaps in the world, where a tourist destination the size of Punta Cana can say that it is 100% clean energy.

González Bunster stressed that they are looking encourage the use of electric carsfor which 500 chargers have already been installed in the Dominican Republic and they are doing the same in Jamaica, Panama, Aruba, Puerto Rico, Uruguay, Paraguay and in Mexico, where they are also promoting the use of electric and non-emission cars

“We want to be the leaders in the hemisphere”, including in the Dominican Republic. The businessman explained about the green hydrogen that the costs are high for transportation and the prices are still not clear because the electrolyzers are dropping a lot in prices.

According to González Bunster, this is the last stage of his effort, because green hydrogen may not be viable today, but it may be in five years.

At the International Tourism Fair (Fitur 2023), CEPM affirmed that it will contribute to turning its concession area into a 100% green destination of world reference, which includes Punta Cana, Bávaro, Macao, Cabeza de Toro, Uvero Alto, Miches, Bayahibe and La Romana.

These are the Buy with Prime rates