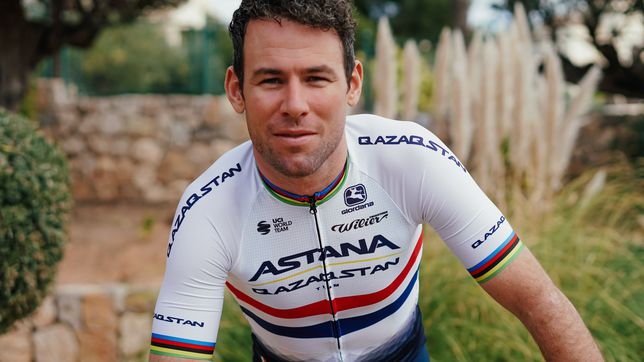 Mark Cavendish is a new rider for the Astana team. The 37-year-old Briton, who was without a team after his non-renewal in the Quick Step (and after the B & B project failed), had been without a team since the start of the year. However, the talks and negotiations with the Kazakhs started a long time ago, weeks ago, and increased after the dismissal of Miguel Ángel López, which left a vacancy available. “I am very excited about this adventure. I raced with Alexandr Vinokurov for many years, and now I race with his two sons! I remember when they were children the same age as mine, dreaming of being cyclists,” says Cavs, citing the team’s president, whose two sons are also part of the team.

The Briton has 161 victories to his credit, including 34 in the Tour de France, whose record he shares with Eddy Merckx and who this year, if he attended, would fight to be the most successful, in terms of stage wins, in the most important race in the world. “The Astana Qazaqstan Team is going to be a great place to be successful, with a strong team led by Alexandr, a champion on the bike and a gentleman off it. I’ve already enjoyed a long career, but the joy of riding and the hunger to keep winning are as bright as ever.. So I look forward to being part of a successful team, whether it’s working with the team to win, crossing the line first myself, or cheering on my teammates.” Vlasov will be the great reference in terms of general classifications mainly.

In 2022, Cavendish collected five victories, including the British National, so he will wear a distinctive jersey this year. Vinokourov welcomed him: “Well, Mark Cavendish needs no introduction. He is the best sprinter of all time, and I am happy to welcome Mark to the Astana Qazaqstan Team. The arrival of an elite sprinter to our team is a challenge for us, but we are prepared for it. We see new ways and new possibilities.” Now, we just need to know when it will be its debut with the new colors.

Mac Pro with Apple Silicon will be its least customizable version