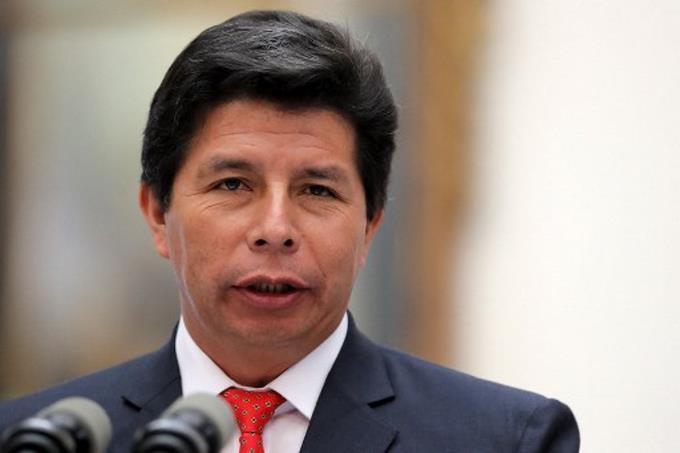 The former chief of staff of Pedro Castillo assured this Friday that the detained ex-president "could have been induced" to dissolve Congress and "he does not remember" having read the coup decree that led to his dismissal.

"I tell him ‘why did you do the reading?’ (of the decree that dissolved Congress) and he tells me he doesn’t remember"Congressman Guido Bellido told the press, after visiting Castillo at a police base in Lima where the former president is being held while being investigated for rebellion and conspiracy.

"There are indications that the President was forced to read the message of the dissolution, and whoever wrote the text did so in order to provide an argument for the vacancy (removal), because until then there were no votes. We demand that it be determined who were the architects of this fall"Bellido said on Twitter.

The Legislature was supposed to debate Castillo’s dismissal on Wednesday. But the president went ahead and three hours before he announced in a televised speech the dissolution of Congress, a curfew and that he would rule by decree.

"The psychological state of P. Castillo when reading the message to the nation is evidence that it was not within its facultiesthis suggests that it could have been induced, a toxicological test is urgently needed"he said in a tweet.

Bellido, who was Castillo’s first former chief of staff in 2021, said the priority "is to free Prof. Pedro Castillo".

And he published a photo with Castillo from his place of detention, with the message "Force president the people will free you".

The version that Castillo acted under the influence of some substance was also mentioned by Guillermo Olivera, one of his lawyers.

"What I know is that when the former president read that message written by othersa few minutes before they gave him a drink, an alleged water and that after drinking the water he felt as if he were groggy"Olivera told reporters from the Castillo detention site.

"Everyone has seen that I was reading shakyand I hypothesize more, that he was also a little sedated"he pointed.