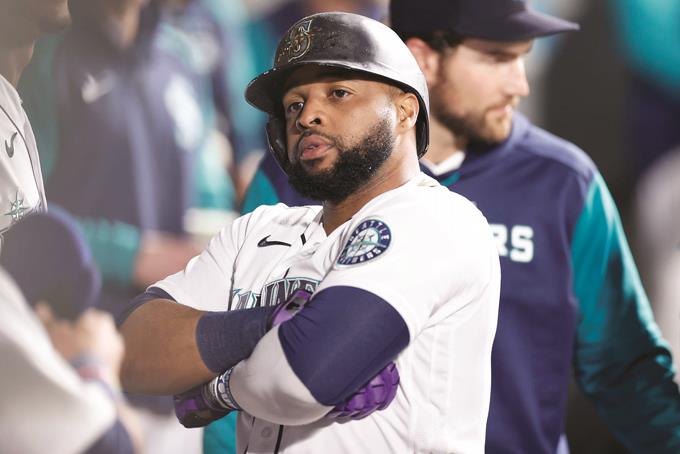 First baseman Carlos Santana and the Pittsburgh Pirates have agreed to a one-year, $6.7 million contract for next season.

Santana, 36, finished with a league-average OPS last year, hitting .202/.316/.376 between seasons with the Seattle Mariners and Kansas City Royals.

But his expected numbers, based on how hard he hit the ball (81st percentile exit velocity) and his elite walk rate (97th percentile), projected much better results, something that boosted his market.

Plus, no one traded a higher percentage last year than Santana, who saw upset defense in 356 of his 362 appearances as a left-handed hitter. With the shift banned in 2023, the switch-hitting Santana could see a significant benefit.

After a midseason trade with the Mariners, Santana quickly emerged as the leader, something the Pirates, whose oldest position player on the 40-man roster is 31-year-old Ji-Man Choi, for whom they traded for early of this winter. Desperately in need.

Santana is entering his 14th season and has a career line of .242/.359/.432 with 278 home runs and 925 RBIs. He will meet with Pirates manager Derek Shelton, who was Cleveland’s major league hitting coach when Santana joined the organization following a trade from the Los Angeles Dodgers in 2008.

Even as a strong defensive first baseman, Santana is best known for his discipline and power at the plate. He has posted walk rates of over 13% in every major league season and has hit at least 18 home runs in each of his 11 full years in the majors.

The Pirates, whose roster was in the bottom five in baseball this year for the fifth straight season, are expected to add more via free agency or trades this winter, a young core led by center fielder Bryan Reynolds, shortstop Oneil Cruz and third baseman Ke’Bryan Hayes. Starter Mitch Keller and closer David Bednar anticipate the arrival of catcher Henry Davis, second baseman Nick Gonzales and right-hander Quinn Priester.