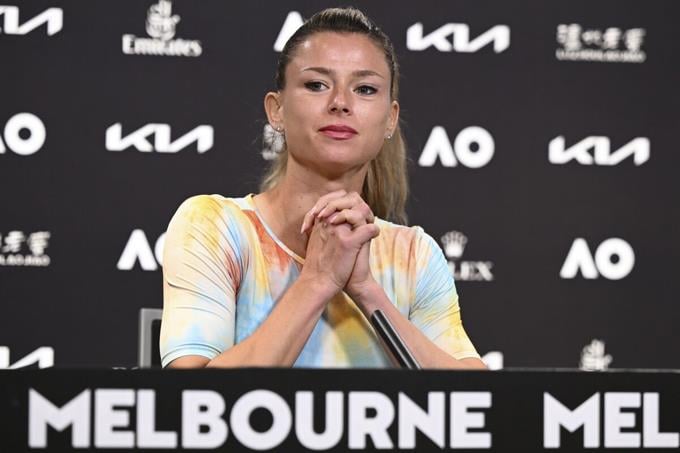 Italian tennis player Camila Giorgi has denied allegations that she obtained a false certificate of the COVID-19 vaccine in order to travel.

A doctor is under investigation in Italy for supplying false certificates and vaccines. Giorgi’s name appeared on a long list of people implicated by an Italian newspaper.

After beating Anastasia Pavlyuchenkova 6-0, 6-1 in the first round of the Australian Open on Tuesday, Giorgi confirmed that he visited the doctor but did nothing improper.

“I got vaccinated at various places, so it’s her problem, not mine,” he said. “That is why I am very calm. If she wasn’t, she wouldn’t be able to be here to play tennis.”

Giorgi said that the Italian doctor vaccinated him and by other specialists in various countries.

“Once. The other vaccines were in other places, that is what I try to explain, ”she indicated.

His father, Sergio Giorgi, sat in the back of the room on Tuesday at Melbourne Park and at the end of the press conference he said: “Incredible, no questions about tennis.”

Ahead of the tournament, Australian Tennis Federation president Craig Tiley said he was unaware of the allegations of fake certificates.

“I think there are many things that need to be uncovered and that will depend on his family and the relevant authorities, including the tour,” he said. “I have no other details.”

Google presents Bard, its response to the success of ChatGPT