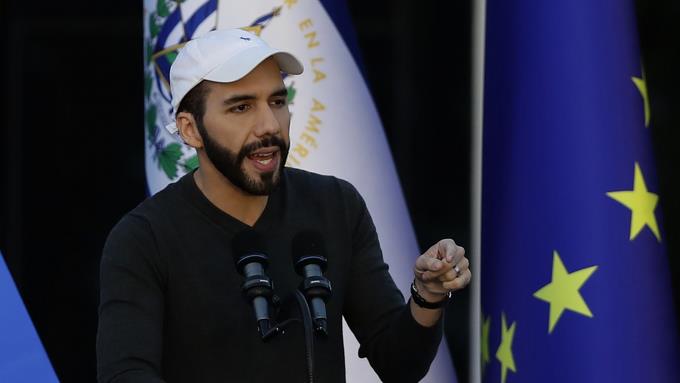 President Nayib Bukele assured Tuesday night that El Salvador has become "in the safest country in Latin America" and pointed out that now the young "they are no longer victims" of violence.

"As you all know, El Salvador has become the safest country in Latin America and that is easy to say, but it has not been easy and we have achieved it thanks to the coordinated work of the entire Government"he said at a public event in a community where in June 2010 gang members set fire to a public transport minibus, leaving 14 people burned and 16 burned.

In 2010, when the country was governed by former President Mauricio Funes (2009-2014), the Central American nation registered almost 4,000 murders.

Bukele, who did not provide a space for questions from the press after his speech, pointed out that "It has been said that in El Salvador there is a lot of repression of youth and what I am saying is that this is really the government that has invested the most in youth".

In addition, he assured that in this country "young people are not caught", "we catch criminals".

El Salvador is in an emergency regime that was approved at the end of March of last year in Congress after an escalation of homicides attributed to gangs and that has left more than 6,100 detainees.

The measure, extended ten times, suspends constitutional rights, such as the defense and inviolability of telecommunications, in addition to the fact that administrative detention goes from 3 days to a maximum of 15 days.

El Salvador registered 496 homicides in 2022, approximately 57% less than those recorded in 2021, according to official sources.

The 2022 homicide number is the lowest since Bukele became President in 2019, a year in which more than 2,390 deaths were recorded, while in 2020 the number was more than 1,340 murders, attributed mainly to members of gangs.

The organizations Human Rights Watch and Cristosal have recommended that the Bukele government end the emergency regime and have pointed out that during the measure there have been human rights violations, more than 90 deaths in the custody of state security forces and cases of "torture and mistreatment".

They have also documented cases of arbitrary arrests.

However, the Salvadoran president assured that "Throughout the emergency regime, more than 3,000 people have been released" and indicated that "all the innocent will be released".

He pointed out that the measure "will last as long as it takes".

"The only way to achieve peace is for the law to be obeyed and for justice to be done."he added.

The worst terrorism of the Israeli army in Jenin camp, 9 Palestinians were martyred