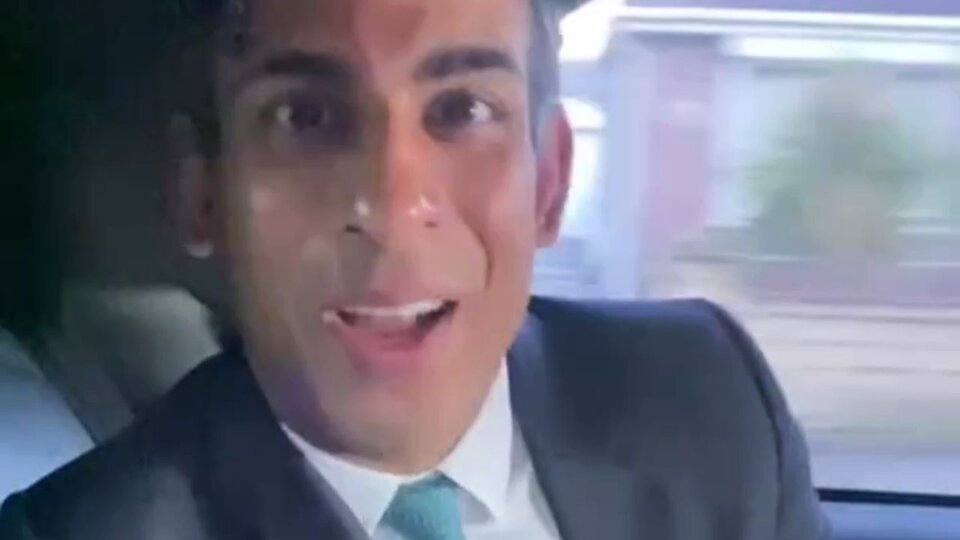 British police fined Prime Minister Rishi Sunak on Friday for not wearing a seatbelt while recording a video for social media. That image had aroused criticism in the opposition.

The 42-year-old conservative prime minister spoke of his territorial rebalancing policy in a video posted on their social media. The footage shows him sitting in the back seat of a car without wearing a seatbelt as he explains his vision for the future of the country during a trip to Lancashire in the north of England.

The video received a great deal of criticism due to the lack of consideration for the security of the head of government. “We are aware of the issue and we are going to examine it”anticipated a Lancashire Police spokesman.

Downing Street stated that the Prime Minister has apologized and accepted that it was a mistake not to wear a seatbelt, adding that they hoped the incident would serve as a reminder of the importance of using that essential implement.

“That was a brief error in judgment. EThe Prime Minister took off his seatbelt to film a short clip. He fully accepts that it was a mistake and is sorry about it.”said a spokesman for the residence of the British Government.

According to figures from the Department of Transportation, about 30 percent of people who died in car crashes in 2021 were not wearing seat belts.

Labor criticized the situation, pointing out that Sunak “you don’t know how to handle a seatbelt, your debit card, a train service, the economy, this country”, adding that the list of incidents is growing. The Liberal Democrats claimed that the Prime Minister shows the “same old disregard for the rules”.

UK laws impose fines of up to £500 not wearing a seat belt when one is available, although there are some exceptions. These include police, fire and rescue services, as well as if there are certified medical problems on the part of the user.

Almost at the same time, via Twitter, the economist Roberto Cachanosky made a poor case for the freedom of not wearing a seat belt. He did so through a tweet whose debate heated up just as Sunak was being fined.

The responses to those who argued logically were one more unusual than another:

Then the news of the fine reached Sunak and the discussion was settled by Pablo Martínez Carignano, head of the National Road Safety Agency.