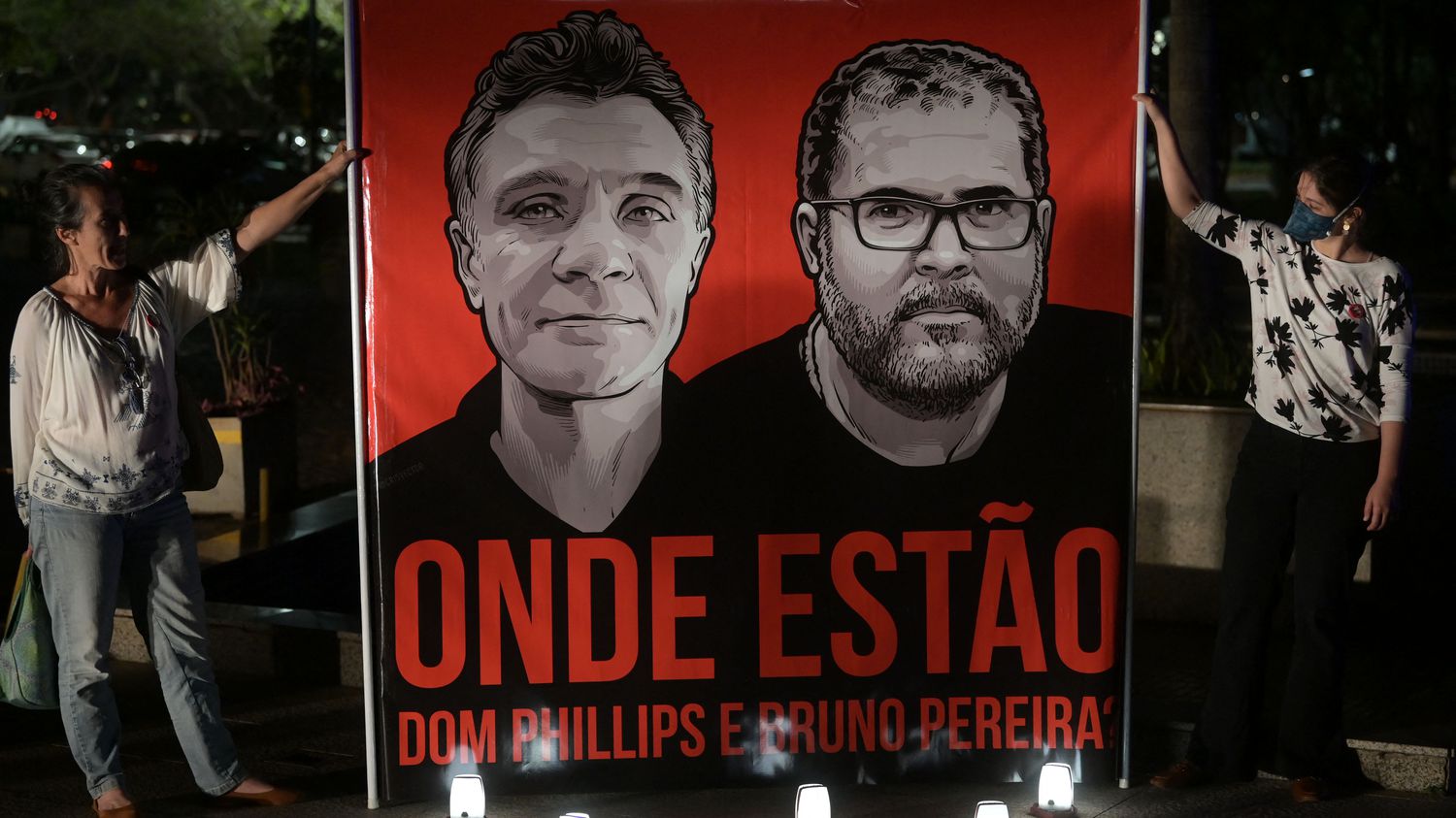 British journalist Dom Phillips, 57, and Brazilian expert Bruno Pereira, 41, were doing research for their book How to save the Amazon when they went missing in June 2022 in a remote area of ​​the Amazon rainforest. Seven months after the discovery of the remains of the two men, the Brazilian police announced, Monday, January 23, to have gathered “solid evidence” identifying the sponsor of this double murder.

The Federal Police (PF), whose investigation is “virtually closed”concluded that Ruben da Silva Villar, alias “Colombia”, ordered their assassinations. “Investigations are in their final stages and we have strong indications pointing to Colombia as the mastermind of these crimes”said the head of the PF of the state of Amazonas, Eduardo Fontes, during a press conference.

In detention since December, Ruben da Silva Villar is suspected of leading a criminal organization for illegal fishing in the Javari Valley, where the crimes were committed. This vast expanse of jungle, isolated on Brazil’s borders with Peru and Colombia, is plagued by an upsurge in illegal fishing, logging and mining, and drug trafficking.

Expert on the peoples of the Amazon rainforest, Bruno Pereira, was fighting against illegal fishing in the indigenous reserve of this valley which has the largest concentration of tribes that have never come into contact with the rest of the world. “The control of illegal fishing that was exercised by Bruno brought great harm to the criminal group”, explained the police chief of Amazonas.

The indigenous leaders who cooperated with Bruno Pereira already formally accused “Colombia” of ordering the death of the Brazilian expert for having organized indigenous patrols that seized illegal fishing cargoes. In addition to “Colombia”, “three men are also behind bars“, accused of taking part in the double murder or helping to conceal the bodies.

Arrested for the first time in July and placed in detention, “Colombia” was released on bail in October. But the federal justice had ordered his return behind bars for non-compliance with his obligations of house arrest.