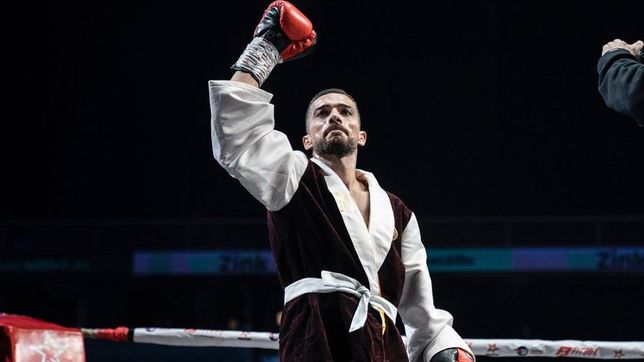 Brandon Moreno (9-0-0, 4 KO) and Raúl Zabala (6-1-0, 2 KO) will contest the Spanish Flyweight Championship on March 11 at the Madrid Boxing Federation gym, in the Estadio Vallecas, field of Rayo Vallecano. The evening organized by PCI Promotions will have the clash between the co-contenders for the title as the main event. The winner of the match will face the official challenger Mario Ospina (7-0-0, 4 KO).

Brandon Moreno remains undefeated since he made his professional debut in 2019 against Franklin Flores. The 29-year-old boxer from Madrid has just beaten Nicaraguan Moisés Mójica by unanimous decision in November in a six-round bout. After this set-up, he will try to put on his belt at his house with his brother in the corner, the boxer Ángel Moreno, who has competed in World and European championships.

His rival will be the boxer of Colombian origin living in Spain Raúl Zabala. He debuted in December 2021 with a third-round KO victory against Óscar Prado (2-7-1, 0 KO) in Cali, his hometown. He has only lost one fight, in his third match as a professional boxer he fell against his compatriot Mickael Díaz (7-2-0, 5 KO) by KO in the fourth round. This will be the second game that Raúl Zabala has played in Spain.

Amitabh Bachchan’s granddaughter explains why she is not an actress