British audio brand Bowers & Wilkins today unveiled the new generation of Zeppelin loudspeakers. Known as the classic iPod / iPhone dock since 2007, the speaker is now making a comeback with better sound, a sleeker look, and smart features. For example, the new version will have dimmable ambient lighting, which should create a halo effect on the metal base.

Finally, the 150mm subwoofer is placed at the heart of the speaker. Its design has been optimized to avoid the ‘rocking’ of the device during playback. This should provide a purer sound and a snappier bass response. The system has a total power of 240W.

With AirPlay 2 and Bluetooth support, the speaker should be suitable for iOS and Android users. The Bowers & Wilkins Music App gives you instant access to top streaming services, including Spotify, Deezer, Last.fm, Qobuz, Soundcloud, Tidal, and TuneIn. Incidentally, the company claims that the digital ‘brain’ can be upgraded over time – the multi-room feature will be introduced in early 2022, which should allow connection to multiple Zeppelins or other Formation line devices. 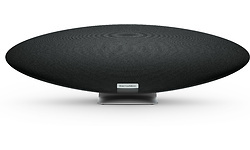 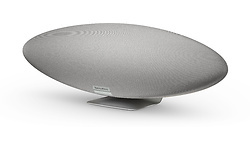 The new Zeppelin should be available immediately on the Bowers & Wilkins website; At the time of writing, it still cannot be found in the product comparer. It comes in light and dark gray and has a suggested retail price of 800 euros.

Marcelo Gallardo: "I don’t like having to suffer to put together...

At 34 years old, wearing a new dress, Zareen Khan like...

Garuba departs from far behind